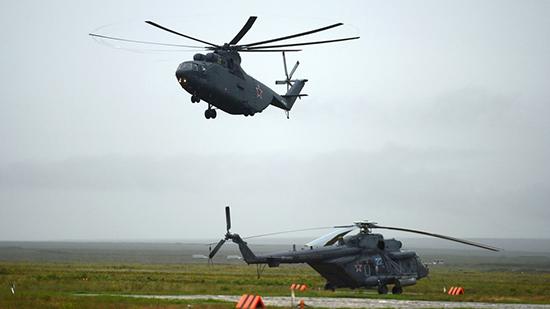 The first of the 40-ton heavy-lift helicopters developed by Russia and China is to be delivered by 2032, chief designer of a Chinese helicopter manufacturer has revealed to state-linked newspaper Global Times.

China wants to learn from Russia’s vast experience in building heavy helicopters, according to Wu Ximing of the Aviation Industry Corporation of China.

“Russia is more experienced in the transmission system when it comes to 40-ton class helicopters, as Russia’s Mi-26 is of the 56-ton class,” Wu said as cited by the outlet. “Our goal in the cooperation is to learn from Russia’s strong points and close the gap.”

It is currently unclear what engine will be chosen to power the new model, Sina reported. The outlet noted that the Ukraine-made Lotarev D-136 turboshaft engine, which powers the Russian MI-26, is the most likely to be used.

Earlier this year, Russia’s state corporation Rostec inked a landmark agreement on developing a next-generation heavy helicopter. The new aircraft is expected to be more powerful than US-made Sikorsky.

Earlier the corporation said that at least 200 Advanced Heavy Lift (AHL) helicopters are to be manufactured in China using Russia-supplied components. The AHL is to have a maximum takeoff weight of 38.2 tons and weight-lift capability of almost 15 tons.