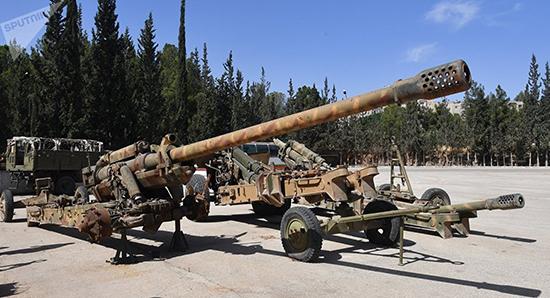 DAMASCUS (Sputnik) – The Syrian Army has fended off a terrorist attack on its positions in the city of Mhardeh in Hama Province that left one serviceman dead, a source in the Syrian military said Tuesday.

“The Syrian Armed Forces repelled a terrorist attack on our positions in Mhardeh early 12 March and neutralised several militants”, the source said.

One army servicemen was killed and another four injured, the source added.

The news comes after earlier this month the Syrian Arab Army repelled two massive terrorist attacks on their positions in the north of Hama Province, which borders Idlib, as well as in Latakia. The assaults resulted in several soldiers being killed and wounded.

The Syrian forces in the province often engage in battles with militants from Idlib, one of the last strongholds of anti-government fighters in the country. At the moment, the city is a part of a de-militarised zone, negotiated by Russian President Vladimir Putin and his Turkish counterpart Recep Tayyip Erdogan last September.