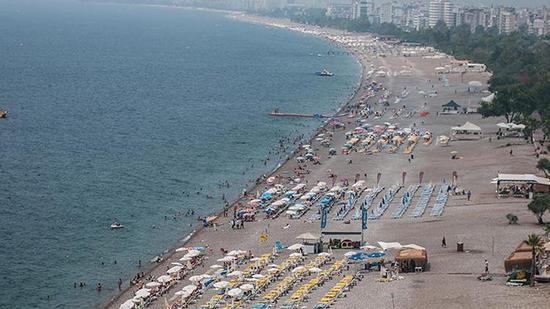 Turkey was awarded the “Best Overseas Destination” prize at the 6th Road Trip Festival 2019 in China, according to a statement made by Ministry of Culture and Tourism.

6th Road Trip Festival 2019 was organized by China Self-Driving Club as part of the “I Driver Ceremony” event in Shanghai, the largest city of China.

Numerous events were organized by ministry for the promotion of Turkey across Chinaafter 2018 was celebrated in China as the “Year of Turkish Tourism.”

Fire of Anatolia performed “Troy” musical in April as part of the Year of Turkish Tourismactivities organized by Ministry of Culture and Tourism at China.

The Turkish dishes prepared by the chef Deniz Ahmet Köse and his team were presented to the Chinese people at the “China Outbound Tourism and Travel Market” exhibition.

The team of Zhejiang Television, one of the biggest TV channels in China, was hosted in Fethiye district of Turkey‘s southwestern Muğla province.

Turkish cuisine was introduced to China‘s tourism sector, to representatives of state institutions, and to opinion leaders and diplomatic missions of other countries in 2018.

The number of Chinese tourists rose by 59.38 percent to 394,000 in 2018 thanks to the activities organized by the Ministry of Culture and Tourism at China.