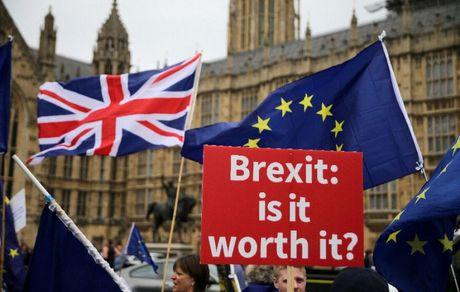 Britain’s parliament on Thursday voted to ask the European Union to delay Brexit until at least June and head off a potentially calamitous end to their 46-year partnership in two weeks.

MPs, however, also voted against a proposal to hold a second referendum during the delay, dealing a blow to the hopes of pro-EU campaigners.

Britain is barreling towards the March 29 Brexit deadline with no approved EU withdrawal agreement and a prime minister who appears to have lost control over her bickering cabinet.

Anxious businesses are pleading for action and U.S. President Donald Trump waded in to pronounce himself “surprised to see how badly it has all gone.”

A sense of chaos filled the House of Commons this week as lawmakers held a series of votes on ideas about what they could do next.

MPs have twice rejected the deal struck by Prime Minister Theresa May’s with the other 27 EU nations — in January and on Tuesday.

They voted on Wednesday not to leave without an agreement but without any firm roadmap on the way forward three years after Brexit was launched in a bitterly divisive referendum.

The plan they all finally agreed on — after turning down four other proposals — was submitted by May herself: to ask EU leaders to postpone Brexit.

The motion also included a proposal to hold a third vote early next week on May’s twice-rejected deal.

It passed by a 412-202 margin, providing some welcome respite to the prime minister.

May had already lost her voice earlier in the week and did not appear to speak before the chamber after all the voting had wound down for the day.

“All of us now have the opportunity and responsibility to work together to find a solution to the crisis facing this country, where the government has so dramatically failed to do so,” said Jeremy Corbyn, leader of the opposition Labor party.

European Union leaders must now unanimously approve the delay. They will meet at a summit in Brussels on March 21-22.

A “no deal” exit on March 29 is still theoretically possible if May’s deal is voted down for a third time next week and the EU 27 fail to approve an extension.

EU leaders have said they would consider any request from London but that regarding a delay they would need to know for how long — and what for.

May’s plan of action is to hold a third vote on her agreement with Brussels by Wednesday.

If it were approved, she would then ask Brussels to delay the Brexit date until June 30 to allow the treaty to be ratified.

But she warned on Wednesday that if her deal were rejected next week, Brexit could be postponed for much longer.

A delay would also see Britain take part in European Parliament elections in May — bizarrely re-immersing the country in EU politics after Brexit was originally meant to have gone into effect.

EU Council chief Donald Tusk said Thursday that the bloc could approve a long postponement “if the UK finds it necessary to rethink its Brexit strategy and build consensus around it.”

He reflected Brussels’ long-standing position that a closer relationship is possible if May is willing to compromise — notably by abandoning her opposition to joining an EU customs union.

May’s deal has been blocked chiefly by disagreement over the so-called Irish “backstop” — a measure to keep trade flowing and avoid friction at the border between Northern Ireland and the Republic of Ireland.

Irish Foreign Minister Simon Coveney spoke of a possible Brexit postponement of 21 months, saying: “It would give a long reflection period for the British political system to look at how they want to approach Brexit again.”

But other European leaders have warned that London must define a clear purpose to any extension.

The parliamentary deadlock reflects the deep divisions that remain in Britain three years after the referendum.

Parliament on Thursday overwhelmingly failed to approve an amendment calling for a second Brexit referendum.

Only 85 MPs voted in favor and 334 voted against — a disappointment for many of the 48 percent of Britons who had voted in 2016 to stay in the EU.

The “People’s Vote” campaign said it was premature to push for a referendum now, knowing the motion would be defeated.

Labor supports the idea of a second referendum in principle, but asked its MPs to abstain.