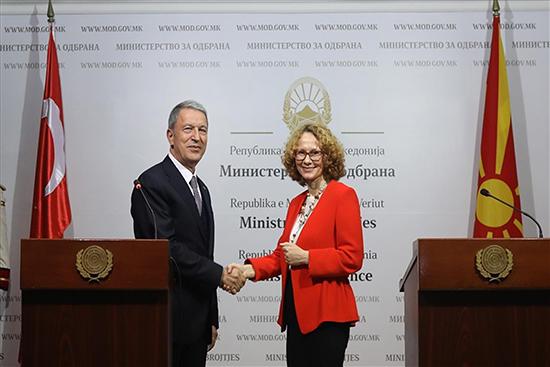 Turkey‘s visiting defense minister called on Kosovo on April 4 to remove the barrier created by FETÖ, the group behind the 2016 defeated coup in Turkey, between the two countries.

Hulusi Akar‘s remarks came following his meeting with Kosovar counterpart Rrustem Berisha as part of his official visit to the capital Pristina.

FETÖ and its U.S.-based leader Fetullah Gülen orchestrated the defeated coup of July 15, 2016, which left 251 people dead and nearly 2,200 injured.

The two officials co-chaired a meeting between delegations after a one-on-one meeting.

“Let us quickly remove the FETÖ barrier between us. We must get rid of this immediately,” said Akar.

In 2018, Turkish intelligence officers, in cooperation with Kosovar intelligence, brought six alleged senior FETÖ members back to Turkey following operations against the group’s branch in the Balkans.

Berisha, for his part, said Turkey always has stood by Kosovo.