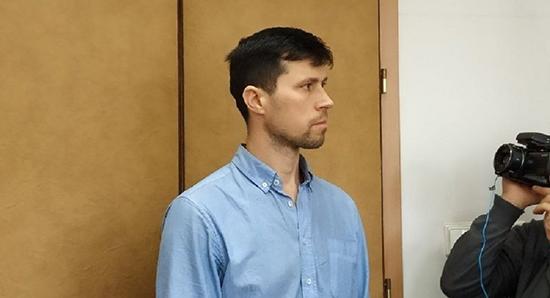 The Swedish social services’ decision to place three Christian girls in a Muslim Lebanese family has resulted in an international scandal, involving Poland.

After the Swedish social services attempted to place Denis Lisov’s three children in a Muslim foster family, the Russian father took his daughters and fled Sweden, unleashing a thriller-like sequence of events.

Denis Lisov came to Sweden seven years ago. In 2017, his wife fell ill, whereupon social services decided to take away his children on the grounds that he had no full employment and was therefore unable to take care of them. Instead, they were placed in a Muslim Lebanese family. Lisov’s family formally retained the custody of the children, but only had the right to see them six hours a week, the Swedish news outlet Samhällsnytt reported.

According to Babken Khanzadyan, who represents the Lisovs, they weren’t given any opportunity to defend their rights, and the girls didn’t want to stay there.

After his daughters had spent over a year in the Muslim family, about 300 kilometres from their real father, Denis had had enough. He took his daughters and decided to return to Russia. However, he was stopped at Warsaw airport, as the Swedish authorities reported his daughters missing. Therefore, he has applied for asylum in Poland instead.

A Polish court ruled that the Swedish social service had violated an EU convention that forbids the placement of children in foreign cultural environments. The court also noted that Lisov’s paternity rights had not been revoked, which is why the children could stay with their father.

“The children have a very strong bond with the father, and when I talked to them they told me that they want to stay with their father and love him and do not want to be separated from him” judge Janeta Seliga-Kaczmarek said, as quoted by Samhällsnytt.

According to Lisov, the youngest girls didn’t understand anything, but the eldest one had problems adapting to the harsh environment of the Muslim family.

Their lawyer Bartosz Lewandowski tweeted that the family was happy and rested after the first night spent on their own.

​According to Lewandowski, the Muslim foster father also appeared in court. There, he admitted that his visit to Poland had been paid for by the Swedish social services, Samhällsnytt reported.

Lewandowski also tweeted that a representative of the Swedish social services arrived to pick up the three girls, but was stopped by the police. He told them something in Swedish, which nobody understood.

“3 Russian girls were to be illegally taken away from their father by Swedish officials on Polish soil”, lawyer Jerzy Kwaśniewski tweted.

​”Poland is a beautiful country. It is blossoming in my eyes, because here can finally be with Dad”, Sofia Lisova, Denis’s eldest daughter said after the court’s verdict, as quoted by Artur Stelmasiak, the editor of the Catholic weekly Niedziela.

​The court’s actions were also praised by Poland’s authorities.

“The court has decided that the children stay with their father. Well done the police and the border police”, Polish Interior Minister Joachim Brudziński tweeted.

In Sweden, the social services have the possibility of immediately taking children and young people up to the age of 19 by force owing to legislation in place to intervene in order to protect children or youths in an emergency situation. Why exactly the social services decided to take away Lisov’s daughters remains unknown.