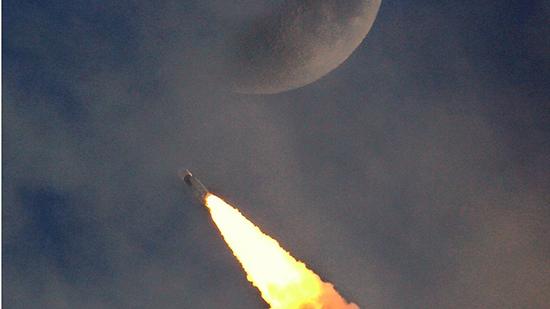 From partnering with Russia in space to a defense alliance with Japan against the rise of China’s orbital weapons, India finds itself facing global challenges created by competing superpowers, an expert on space policy told RT.

Dr. Rajeswari Pillai Rajagopalan, a Distinguished Fellow and head of the Nuclear and Space Policy Initiative at Observer Research Foundation, said India in the modern era is engaged in a balancing act when it comes to outside partnerships in space.

Following Prime Minister Narendra Modi’s announcement of a manned space mission last year, India’s space agency inked a deal with the Russian State Corporation for Space, Roscosmos, to cooperate on creating a global navigation system and on sending an Indian astronaut into orbit by 2022 – the 75th anniversary of the country’s independence from British rule.

Given Russia’s long history of space exploration, partnering up was an obvious choice: “Since the announcement in August last year, there have been a flurry of international space agencies knocking at India’s door,” Rajagopalan explained. “But I think India has made a very clear decision to partner with the Russian space agency and other scientific establishments in Russia.”

While India pursued a policy of non-alignment during the Cold War, it always looked to the closest superpower, the USSR, for military and scientific cooperation. Although those links remain strong in Russian-Indian relations, New Delhi now finds itself trying to balance its relationship between multiple competing powers.

China in the equation

Rajagopalan says that India’s new drive to achieve space power status has been spurred on by China’s ambitions more than anything else.

When the Chinese military held its first successful anti-satellite missile test in 2007 – obliterating a weather satellite with a multi-stage missile – that incident served as a “wake-up call for India to the type of threats and challenges that exist in space.”

Multiple Chinese tests have taken place since 2007 and the country has made huge strides towards developing its electronic and cyber-warfare power in recent years. With its neighbor plowing investment into militarizing space, India’s own test of a satellite-killing missile last week was a “demonstration of the fact that India needs to have its own deterrent capability as well,” Rajagopalan added.

“China has articulated that it has a peaceful space program,” the researcher continued. “But the reality has been that there is a flourishing military space program under the [Chinese military’s] leadership. India will remain concerned and will continue to monitor developments, and will partner with other like-minded countries in strengthening its own deterrence capabilities in space.”

For India, Japan is one of these like-minded countries. Representatives of both nations met in New Delhi last month for the inaugural India-Japan Space Dialogue, at which space security was one of several issues discussed. Two joint lunar missions are also in the works.

“Neither India nor Japan can alone meet the Chinese military space competition head-on, and therefore the two sides have decided to combine in not only Moon exploration, but also other forms of competition,” Rajagopalan said.

Zooming out from Asia, the competition is now global and heating up. In the US, President Donald Trump has focused on space as the next potential battlefield, signing a directive in February ordering the Pentagon to establish a Space Force.

The US Defense Intelligence Agency (DIA) has also warned that Russia and China “view space as important to modern warfare and view counterspace capabilities as a means to reduce US and allied military effectiveness,” while former Defense Secretary James Mattis, for instance, said in 2017 that the US needs to have offensive weapons in space “should someone decide to militarize it and go on the offensive.”

Moscow, meanwhile, has blamed the “one-sided and unlimited expansion” of US missile defense systems, as well as “Washington’s reluctance to abandon plans for deploying weapons in space” for stoking the conflict and for encouraging weapons tests like that carried out by India last week.

Rajagopalan says that as long as the world’s superpowers continue to militarize space, India will follow suit.

“India has had to respond to these things,” she said. “India cannot remain ignorant to events taking place in the region, but also on a global scale.”