Colorado has hosted a surge in oil and gas production in the last few years, but the industry faces new challenges as the state overhauls its regulatory regime.

Much of the shale boom in Colorado has been concentrated in relatively dense suburbs north of Denver, which means, unlike the fracking frenzy in West Texas, drillers often bump up against homes, businesses and schools. That has led to an ongoing tension and fights between local communities and the shale industry.

Years ago, this battle was manifested in a handful of local bans on fracking. Those were tossed out by state courts. More recently, a 2018 public referendum on increasing setback distances – the minimum distance between a drilling operation and a local home or school – went down in defeat as the oil and gas industry showered the state with money in opposition the vote.

But the story didn’t end there. Although consumer advocates, environmental groups and local communities lost the vote on greater setback distances, the same November election resulted in wins in the legislature for Democrats.

The bluer legislature has moved quickly. Over the last few weeks, a landmark bill has been moving quickly through the Colorado House and Senate, which would vastly expand the authority that local communities have over drilling operations. They would have a larger say on permitting, zoning and setback distances. On Wednesday, the Senate passed the bill, sending it to the desk of Governor Jared Polis, who supports the measure.

A few of the biggest losers could be Anadarko Petroleum, which holds over 400,000 acres in Colorado, followed by Noble Energy, which has 350,000 acres, according to Bloomberg. Some of that acreage could become harder to develop if local cities or counties impose stricter zoning laws or greater setback distances that limit the ability to drill near population centers. “The bill would be credit negative for oil and gas operators in the state, raising regulatory risks for oil and gas producers there and possibly impeding production growth and heightening the compliance and operational costs for companies in the Denver-Julesburg (DJ) Basin,” Moody’s Investors Service said in March, according to the Colorado Sun.

Arguably the impetus to rein in the industry was supercharged by an explosion at a gas line owned by Anadarko back in 2017, which killed two people, so the impact on Anadarko from the current legislation is notable. Erin Martinez, whose husband and brother died in the incident, testified in favor the bill.

The industry has put out ads that warn that the bill could kill off energy development in the state. On the flip side, some analysts argued that the legislation could provide some degree of certainty for the industry, effectively assuaging the concerns of the public after years of heated fights. In other words, the bill could, at least in theory, put an end to the back-and-forth legislative and regulatory battles. But, that is likely wishful thinking as the industry will likely litigate regulations made by localities.

However, the legislation is arguably much weaker than the public referendum from last year that would have imposed state-wide setback distances. The legislation in question only grants localities the ability to set their own, rather than state-wide setbacks. Moreover, there will be a lengthy rulemaking process, so any fallout for the industry won’t be immediate. Some localities in favor of drilling may not impose limits at all.

Still, another notable change is the overhaul of the general mission of the state regulator. Up until now, the main objective of the Colorado Oil and Gas Conservation Commission has been to promote the development of the state’s oil and gas reserves, which contradicts its secondary missions of protecting the environment and public safety. The reforms that are now on their way to the governor’s desk elevate the importance of the environment and public health as the primary objective of the regulator. Colorado’s ozone levels exceed federal standards, and the shale industry is at least in part to blame.

The reforms also transform the commission “from a part-time, volunteer body to a full-time, professional one,” according to the Denver Post.

Wall Street has grown more skeptical of the shale industry in general, but Colorado-focused drillers have been particularly hit. “Many investors have simply exited Colorado stock positions altogether, believing that the downside risk is unquantifiable and not worth bearing,” said Ethan Bellamy, a senior analyst at Baird, according to the Colorado Sun. “Until we see true policy stability, Colorado oil and gas stocks likely stay in the penalty box for long-term investors.” 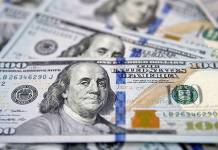 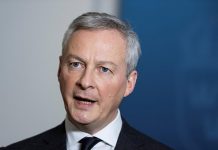