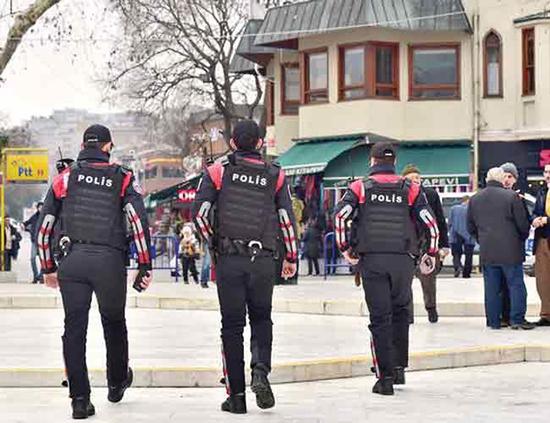 Most crimes in Istanbul were committed on Mondays last year, the police chief of the mega city has said, also giving other significant figures.

The average of Monday crimes stands at 57,010, Mustafa Çalışkan at an event to mark the 174th anniversary of the foundation of the Turkish police department.

The variety of crimes broadens with the cultural diversity, as new types of crimes emerge with technological developments, Çalışkan said.

Last year, 390,101 crimes were recorded across the city under 228 categories.

Some 287,970 suspects were detained for links to those crimes, he added.

October was the month when most crimes were committed, with 34,745 incidents. July and January followed.

Most murders were committed in July, with 716 incidents, according to the average of nearly two decades.

Nearly 89 percent of the suspects in overall crimes last year were male.

There is a sharp increase in crime ages in every level starting from category of age of 12-13.

Most crimes were committed by people at the age of 23, Çalışkan said, noting that people between the ages of 12 and 38 were suspects in some 66.5 percent of all crimes in 2018.

Most crimes committed by women were under the category of “malicious wounding,” as “threatening” and “insulting” followed.

“Purchasing drugs for individual use” stood as the crime men committed the most. “Malicious wounding,” “threatening,” “insulting” and “putting safety in traffic in danger” followed.

Some 6.4 percent of overall crimes in Istanbul were committed by foreigners from 135 countries.