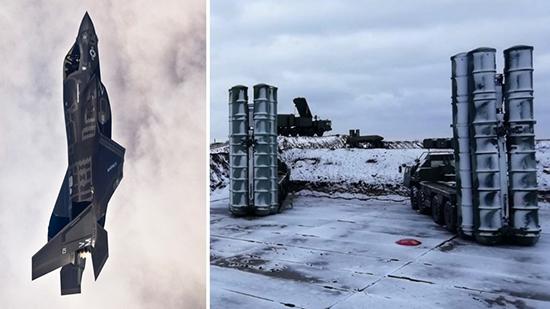 The Pentagon has firmly rejected Turkey’s offer to create a bilateral working group that would ensure that no military secrets of the US are compromised once Ankara deploys the Russian S-400 air defense systems.

Trying to preserve a working relationship with Washington amid disagreements over Turkey’s purchase of modern weapon systems from Russia, Foreign Minister Mevlut Cavusoglu on Wednesday proposed creating a bilateral technical panel to make sure that the S-400 “will not be a threat – neither to F-35s nor the NATO systems.” He reiterated the need for such an arrangement on Thursday, before the Pentagon rejected the Turkish proposal, insisting that it stands opposed to American and Russian weapons working side-by-side.

“A technical working group at this stage isn’t necessary or a path the US is even considering as a resolution,” said Pentagon spokesman Eric Pahon.

We have been clear with Turkey at all levels – the S-400 is a threat to the F-35 program and the safety of our NATO allies.

The Pentagon halted the transfer of F-35 technology to Turkey earlier this week, until Ankara abandons its planned acquisition of the Russian hardware. The move was followed by a warning from Vice President Mike Pence, who threatened to kick Ankara out from the F-35 Joint Strike Fighter Program unless it behaves like a good NATO ally and bows to Washington’s conditions. Turkey joined the Program in 2002 and, over the years, invested more than $1.25 billion in developing and manufacturing various parts for the jet.

Washington remains committed to pressing Turkey into buying US-made Patriot missile defense systems instead. “This issue with the S-400 is a very serious issue,” the Pentagon’s spokesman Charlie Summers told reporters on Thursday. “Should they accept the S-400, that would definitely affect the F-35.”

Downplaying the friction in bilateral ties, Secretary of State Mike Pompeo said he remains “very confident” that the sides“will find a path forward,” following a meeting between top US and Turkish diplomats. Ankara has, meanwhile, accused the US State Department of making false claims and of failing to mention that Pompeo had been threatening Turkey with “devastating consequences.”