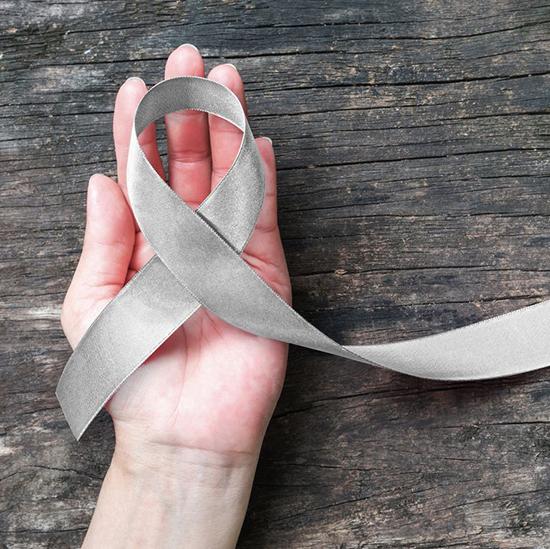 Learn about the symptoms, diagnosis and treatment for Parkinson’s disease in this expert guide.

Parkinson’s disease – sometimes simply referred to as Parkinson’s – is a condition most often characterised by slow movement and a resting tremor in those who suffer from it. It’s estimated to affect one in every 500 in the UK, and men are 1.5 times more likely to have Parkinson’s than women.

But what exactly is Parkinson’s, and how is it treated? We look at the causes, symptoms, and treatment of Parkinson’s disease:

What is Parkinson’s disease?

Parkinson’s disease is a neurodegenerative disease, characterised by a decreased level of dopamine in certain areas of the brain. The disease is associated with a resting tremor, stiffness and rigidity of the muscles and slowness of movement (bradykinesia).

A third of those affected by the disease go on to develop senile dementia. Seriously affected patients may suffer from complications such as pneumonia, septicaemia (blood poisoning), stroke, urinary tract infection and pressure sores and some of these may be fatal.

It is caused by the progressive loss of brain cells (neurones) in a part of the brain called the substantia nigra, which produces the chemical dopamine. As the cells die, less dopamine is produced and transported to the striatum, the area of the brain that co-ordinates movement. Symptoms develop as neurones die and dopamine levels drop.

The disease is associated with a resting tremor, stiffness and rigidity of the muscles.

Who is affected by Parkinson’s?

It’s reported to affect 1 per cent of the over 70’s, however 10 per cent of total cases occur before the age of 50. The risk rises so that by the age of 80 more than two people per 100 of the population have developed some signs of the condition.

Other risk factors may include:

In a small minority of patients Parkinson’s may be inherited; individuals with a positive family history are twice as likely to develop Parkinson’s. These patients usually develop the disease under the age of 50.

Two genes called alpha-synuclein and parkin have been linked to the disease, although others may also be involved. Their exact function is unknown and currently genetic tests for them are not routine, as most data remains experimental.

The essential criteria for a diagnosis of Parkinson’s are bradykinesia (slowness of movement) and one or more of the following:

Recent studies in the UK suggest that the condition may have slightly different presentation in African-Caribbean and Indian origin patients. In these ethnic groups stiffness, falls and sub-optimal response to levodopa is often seen.

How does Parkinson’s progress?

The onset of symptoms is slow and may go unnoticed for several years. Early signs include stiffness of fingers or a stiff shoulder accompanied by stiffness of muscles. Pain may be a feature.

Symptoms usually only affect one side of the body for one to two years and then spread to the other. Tremor is often noticed first and usually provokes a visit to the doctor. However, up to 30 per cent of sufferers may not have tremor, which can lead to misdiagnosis.

How is a diagnosis made?

A patient presenting with Parkinsonism type signs and symptoms must be referred to a specialist. The specialist doctor will take a history of symptoms and perform a clinical examination. However, there are no exact tests for Parkinson’s, and brain imaging is rarely used to diagnose Parkinson’s, however it can be helpful in ruling out other diagnoses.

The onset of symptoms is slow and may go unnoticed for several years.

These scans may identify dopamine deficiency in the brain but are not routinely available. However, DATScan using single-photon emission computerised tomography (SPECT) is becoming more widely available and this technique may be useful in establishing diagnosis in subjects with tremor but no other major signs of Parkinson’s. These procedures help demonstrate the level of a dopamine carrying protein (dopamine transporter) within the striatum. In Parkinson’s, this protein level is low.

What else could it be?

Multiple systems atrophy, corticobasal degeneration, vascular pseudo-parkinsonism and progressive supranuclear palsy may all appear similar to Parkinson’s disease. Other conditions that may want to be ruled out include Wilson’s disease, Huntington’s disease, spinocerebellar ataxia and syphilis.

Where tremors are the main symptom, Parkinson’s may be confused with essential tremor (ET). In this condition, tremors occur during activity rather than during rest. DATScan may establish a diagnosis in uncertain cases.

Several medications may also cause symptoms similar to Parkinson’s, including major tranquillisers, antipsychotics, some anti-sickness/anti-dizziness drugs and the recreational drug MPTP.

What treatment is available?

Parkinson’s is neurodegenerative and therefore cannot be cured. However the symptoms can be controlled for many years. Treatment is primarily based on dopamine replacement using dopamine-enhancing drugs such as levodopa. This improves disability in most patients and reduces the risk of fatal complications.

Levodopa (eg Madopar, Sinemet) probably remains the ‘gold-standard’ treatment for Parkinson’s although recent evidence suggests that levodopa is responsible for many long-term side-effects seen in Parkinson’s.

Most patients notice an improvement almost immediately although after prolonged treatment a delayed affect may be seen. Levodopa therapy should be started at the minimal dose (usually 50 to 100mg) in combination with a decarboxylase inhibitor given 3 times daily, which prevents the peripheral effects of dopamine and increases the amount that is available to enter the brain.

❗️ Short-term side-effects are uncommon but include nausea, hallucinations, tiredness and light-headedness, which may be relieved by taking the medication with food or increasing the dose of the decarboxylase inhibitor.

Virtually all patients suffer long-term complications, with about 50 to 75 per cent on the drug for 5 to 10 years developing abnormal excessive and involuntary movements called dyskinesias. The short half-life of levodopa (1.5 hrs) is implicated in the development of disabling dyskinesias.

Some of the dopamine agonists can be delivered via transdermal patch. However, they appear less effective at controlling symptoms than levodopa, particularly in advanced Parkinson’s disease. Patients are advised to take an anti-sickness tablet (domperidone (eg Motilium)) for at least the first two weeks of treatment.

Recently, clinical studies have shown that in early untreated Parkinson’s, initiation of treatment with a dopamine agonists reduces the chance of dyskinesias (normally caused by levodopa therapy) by about 50 per cent.

These observations suggest that there may be strong consideration for starting treatment with a dopamine agonist in younger Parkinson’s patients till levodopa is required. The long half-life of drugs such as pramipexole or rotigotine transdermal patch suggest that this may be an useful treatment for night-time problems faced by many patients with Parkinson’s.

Apomorphine (Apo-go) is usually administered under the skin by injection or via an infusion pump over 12, 18 or 24 hours. The main side effects are the formation of skin nodules, nausea, yawning and drowsiness.

Apomorphine is usually reserved for patients in whom oral treatment is no longer effective. A pen device is available, which allows patients to inject themselves – similar to insulin injections used by diabetics.

Catechol-O-methyl-transferase (COMT) prolongs the beneficial effect of levodopa. Two COMT inhibitors exist, tolcapone and entacapone (Comtess). However, tolcapone is not in use in many countries as rarely it may cause severe liver toxicity. Entacapone is usually used in the early or moderate stages of Parkinson’s to reduce motor fluctuations and ‘wearing off’.

Counselling, physiotherapy (aerobic exercise) and speech therapy can also help patients to manage their symptoms and enjoy a better quality of life. A dietician can also advise on better nutrition to avoid constipation. Depression, sleep problems and urinary difficulties are common in Parkinson’s and may need specific treatment.

Brain surgery, to structures deep within the brain known as the pallidum and the thalamus, has been shown to reduce symptoms in some patients. Operations may involve lesioning (destroying cells in a target area by burning a hole), stimulation (electrically stimulating cells using a pacemaker) or transplantation.

In this operation a group of nerve cells in a part of the brain called the globus pallidus are destroyed. It is particularly effective for treating involuntary movements (dyskinesias) and is relatively widely available.

However, operations on both pallidum should be avoided due to the risk of causing severe side-effects such inability to speak properly and memory difficulties.

Deep brain stimulation involves the placement of electrodes into areas of the brain which send electrical impulses. An external stimulator is attached to wires emerging from the skull.

This operation involves putting an electrode into a specific cluster of nerve cells in an area known as the subthalamic nucleus. The stimulation can be controlled by the patient using a switch that can turn the stimulator ‘on’ or ‘off’. This operation is effective at controlling all the features of Parkinson’s but the procedure is complex. Operation can be safely performed on both subthlamic nuclei unlike pallidotomy.

Brain surgery has been shown to reduce symptoms in some patients.

Like subthalamic nucleus deep brain stimulation, this operation involves putting an electrode into a specific (but different) cluster of nerve cells. However, its effects are closer to that of pallidotomy in that it is particularly effective for dyskinesias.

The benefits of deep brain stimulation include the fact it is not necessary to make a lesion (burn a hole) in the target and stimulation can be adjusted if necessary.

However, the pacemaker battery has to be replaced under anaesthetic and the procedure is extremely specialised and expensive which means itis only available at some regional centres in the UK.

Researchers have found that tissue from a foetus can survive being transplanted into adult brain cells that have died as a result of Parkinson’s disease. However, this procedure remains experimental and controversial. A recent study from the US suggested that transplanted Parkinson’s patients may sometimes develop a disabling ‘runaway’ dyskinesia possibly due to overgrowth of grafts. However, the Swedish experience is more positive and they have shown that properly harvested and implanted grafts can survive within the brain and establish connections with surviving cells.

Transplantation therefore, holds hope for the future. Furthermore, in future transplantation may be attempted using neural stem cell or growth factors which enhance nerve cell growth. The experience from the US, however, highlights the dangers of performing clinical trials before extensive experimental studies are undertaken.

Patients should follow a high-fibre diet as constipation is a common symptom – and can be a side effect of medication. They should also wait until an hour after eating a large meal before taking a dose of medication, to improve the absorption of the medicine from the digestive system.

Gentle exercise, such as swimming, is very important in maximising a patient’s general mobility. Regular physiotherapy may help patients exercise effectively as the disease advances.

What is the likely outcome?

Most patients eventually find their medication becomes less effective. This may occur as early as two years into treatment or not until 8 to 10 years later.

Patients experience involuntary movements between doses of medication, which are initially mild but may become progressively problematic. Parkinson’s is a complicated disorder and modern management is essential. Patients should therefore seek referral to a specialist with an interest in Parkinson’s and also contact their local Parkinson’s Disease Society. With modern treatment, specialist care and support most patients have a normal life span with a reasonable quality of life.