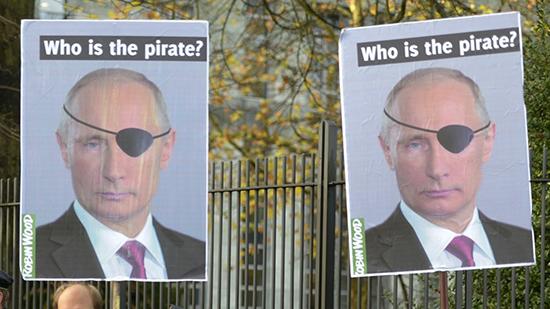 US Special Counsel Robert Mueller’s search for a Russian hand may be fruitlessly over, but the greater hunt for the Kremlin bogeyman is not. Mainstream media are finding new targets, the latest being an opposition MP in Germany.

On Friday, the BBC dropped a fresh (-ish) bombshell: a German politician, it claims, could be “absolutely controlled” by Russia. Its sources are alleged emails, sent between Russian officials, provided in 2017 by an anti-Putin tycoon’s “investigative” organization.

The MP in question is Markus Frohnmaier, from the right-wing opposition AfD party. He is not a surprising target, having spoken up against anti-Russian EU sanctions and taken trips to post-2014 Crimea and eastern Ukraine.

Now, the BBC says it has conducted a joint investigation with German and Italian media outlets into the 2017 emails – and released a report at a time when the “Russian active measures” narrative seems to need a boost to keep going after Mueller’s fizzle.

The aspirant bombshell is hidden at the end of a text document allegedly mailed by former Russian MP Petr Premyak to senior Putin official Sergey Sokolov. There, someone spells out how Frohnmaier’s chances of getting into the Bundestag are high, how he needs support for the election campaign, and – here it comes – how if he is elected, Russia would have its “own absolutely controlled MP in the Bundestag.”

Frohnmaier himself, when shown the paper, said that it’s a fake, and he had never seen it before. The Kremlin has made no comment so far. The BBC admits it’s unknown if Moscow followed through with its supposed plan to “control” the MP.

Incidentally, the papers, which the BBC says it has seen – but never showed anyone other than in translated snippets or stylized graphics in its program Newsnight – come from the Dossier Center – an outfit of self-exiled Russian tycoon Mikhail Khodorkovsky, a Kremlin critic seen in the West as a victim of political persecution.

With all the subjunctives and questionable sources involved, it’s too early to say if the alleged papers have any merit, or will prove to be just as fraught as the Steele dossier, one of the shaky pillars on which the Trump-Russia collusion theory was built.

Meanwhile in the US, the media got quickly back on their ‘Russian influence’ feet. Examples include, but are by far not limited to, top Russiagate peddler Rachel Maddow – who falsely accused Trump-appointed AG William Barr of having his way with Mueller’s report, and Time magazine – which has moved on to “Russia’s other plot” in its tellingly red-and-black cover depicting Putin as an evil overlord.