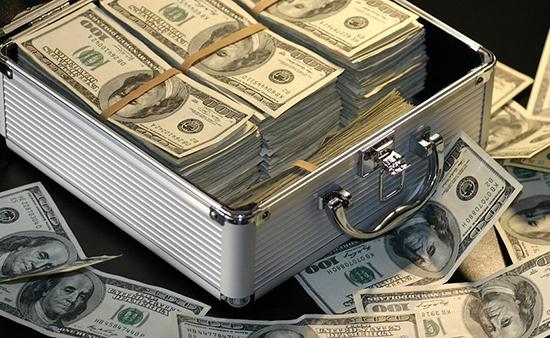 The U.S. is suffering from excessive wealth disorder.

This isn’t your parents’ inequality influenza, but a more virulent strain of extreme disparities of income, wealth, and opportunity.

Since the economic meltdown of 2008, the lion’s share of income and wealth growth hasn’t gone just to the top 1 percent — it’s gone to the richest one-tenth of 1 percent. This 0.1 percent includes households with annual incomes starting at $2.2 million and wealth over $20 million.

This group has been the big winner of the last few decades. Its share of national income rose from 6 percent in 1995 to 11 percent in 2015. But their biggest gains are in wealth, increasing their share from 7 percent in 1978 to over 21 percent today.

When you have over $20 million, you’ve easily taken care of all your needs and those of the next generation of your family. You’re living in comfort, probably with multiple homes, and don’t want for anything.

It’s at this point we see the telltale signs of excessive wealth disorder. Despite being already comfortable beyond measure, segments of this 0.1 percent will often invest their wealth to rig the political rules to get even more wealth and power.

They contribute the legal maximum donations to politicians and then do an end run around campaign finance laws to siphon even larger sums through “dark money” SuperPACs, using corporate entities that don’t have to disclose donors.

When this donor class demands tax cuts, their political puppets kick into overdrive to deliver the goods.

The 0.1 percenters create charitable foundations that become extensions of their own power and privilege. They undermine the health of the nonprofit sector by controlling a growing share of the charitable giving pie.

They deploy their wealth to help their kids get into elite colleges, both through donations and, as we’ve seen recently, outright bribery.

It’s clear the rest of society needs to intervene. Excessive wealth disorder is wrecking life for the rest of us.

What can we do? We need to put forward a “plutocracy prevention program” — public policies to reduce the power of this top 0.1 percent group.

Some presidential candidates are stepping forward with bold ideas. Senator Elizabeth Warren’s wealth tax idea is a courageous step in this direction. She’s proposed a 2 percent annual tax on wealth over $50 million, with a 3 percent rate on wealth over $1 billion.

Progressive Democrats have proposed raising the top marginal tax rate to 70 percent on households with incomes over $10 million. Senators Kamala Harris and Bernie Sanders both have proposals to make the estate tax more progressive and slow the accumulation of dynastic wealth.

Polls show widespread popular support for these proposals. All of them face steep sledding in a Congress beholden to the top 0.1 percent donor class.

One first step might be a proposal that exclusively targets the 0.1 percent class. How about a 10 percent income surtax on incomes over $2 million, including capital gains?

That’s not as steep as a 70 percent marginal rate, but it would move us in the right direction. It would raise substantial revenue — an estimated $70 billion a year and $750 billion over the next decade — from those with the greatest capacity to pay.

Bringing such a proposal to a vote would require lawmakers to make a clear choice: Are you with the vast majority of voters who believe the super-rich should pay more? Or are you carrying water for the richest 0.1 percent?

*Chuck Collins directs the Program on Inequality at the Institute for Policy Studies. Distributed by OtherWords.org