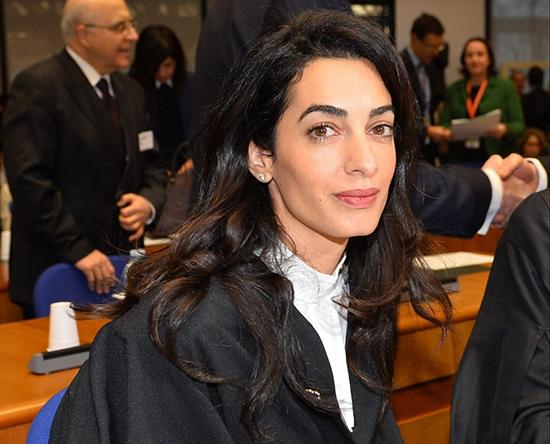 Human rights lawyer Amal Clooney has been appointed as the government’s special envoy on media freedom, the Foreign Office has announced.

Ms Clooney and Foreign Secretary Jeremy Hunt will work to “counter draconian laws that hinder journalists from going about their work”, the FCO said.

Ms Clooney, who will not receive a fee for her work, said she was “honoured” to take on the role.

“Through my legal work defending journalists I have seen first-hand the ways in which reporters are being targeted and imprisoned in an effort to silence them and prevent a free media,” added Ms Clooney, who last year joined the legal team defending two Reuters journalists detained in Myanmar.

In 2014 Amal Clooney represented Armenia  at the European Court of Human Rights (ECHR).

Amal Clooney’s full title is The Foreign Secretary’s Special Envoy on Media Freedom and Co-Chair of the High Level Panel of Legal Experts.