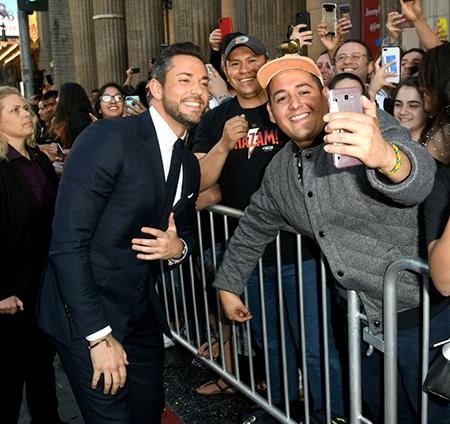 Buoyed by positive reviews, “Shazam!” arrived ahead of expectations, which anticipated a start around $40 million to $45 million. The film, made by Warner Bros.’ New Line division, also earned $3 million in advanced screenings, bringing its domestic haul to $56 million. Overseas, “Shazam!” dominated with $102 million from 79 international markets for a global start to $158.6 million.

While “Shazam!’s” domestic opening weekend is on the lower side for a traditional comic-book movie, it was significantly less expensive to make compared to other films in the genre that are heavy on special effects. That means “Shazam!” doesn’t have to reach the same box office heights as other DC Comic entries like “Aquaman” and “Wonder Woman” to turn a profit. Warner Bros. and New Line spent $98 million to produce “Shazam!,” proving that studios can crank out a solid superhero installment without breaking the bank. Prior DC films like “Justice League” and “Batman v Superman: Dawn of Justice,” on the other hand, cost upward of $300 million before taking marketing and distribution into count.

Jeff Goldstein, Warner Bros. president of domestic distribution, said this weekend’s “thrilling result” was because “Shazam!” doesn’t take itself too seriously. Though it’s still in the superhero genre, it feels lighter in tone than the influx of comic-book titles in theaters. “It was about having fun,” he said.

“‘Wonder Woman and ‘Aquaman’ were very dark and dramatic and different,” Goldstein added. “It shows we’re making a variety of different movies that can all live in the same space.” “Shazam!” — described as “Big” meets “Superman” — centers on Billy Baston (Asher Angel), a teenager who transforms into a superhero (Zachary Levi) when someone says the magic word. Both critics and fans praised the movie for its lighter take on the genre, compared to the apocalyptic storylines in comic-book adaptations. Moviegoers awarded with an A CinemaScore. Males accounted for 57 percent of opening weekend audiences, while 45 percent of crowds were under the age of 25.

Though “Shazam!” led the way in North America, Paramount’s horror remake “Pet Sematary” also had a strong start, scaring up $25 million when it debuted in 3,585 locations. The supernatural thriller, based on Stephen King’s novel, cost $21 million to produce.

“Pet Sematary” holds an 61 percent on Rotten Tomatoes and a C+ CinemaScore. Starring Jason Clarke, Amy Seimetz, and John Lithgow, the film follows a family who, upon moving to rural Maine, discovers their new home is located near a mysterious burial ground that sets off a chain of horrific events. Audiences were 52 percent male, with 58 percent of ticket buyers over the age of 25.

“Pet Sematary” came in at the higher end of expectations. Paramount’s domestic distribution chief Kyle Davies says moviegoers latched onto the movie because it challenges audiences.

“Spring suddenly got very competitive. I think this rose above the fray because it’s one of Stephen King’s most popular books and the filmmakers did a great job delivering the scares,” Davies said. “They really paid respect to the original source material, but added some new twists.”

The final newcomer this weekend was “Best of Enemies,” starring Taraji P. Henson and Sam Rockwell as a civil rights activist and a KKK leader forced to work together. It pulled in an underwhelming $4.5 million from 1,705 screens. Astute Films fully financed the film, which was distributed by STXfilms. Older moviegoers aren’t generally a demographic that rushes out to see a movie on opening weekend, so the studio anticipates that word of mouth about the feel-good drama will grow in the coming weeks, leading to a long life in theaters. Nearly 80 percent of moviegoers were over the age of 25, and 63 percent were female.

A number of holdovers filled out North American box office charts. In third place, Disney’s re-imagining of “Dumbo” earned $18.2 million in its sophomore outing, marking a steep 60 percent drop from its debut. Directed by Tim Burton, the remake of Disney’s 1941 classic has surpassed $200 million globally, including $76 million in North America.

Universal and Jordan Peele’s “Us,” now in its third weekend of release, amassed another $13 million for a domestic haul of $152 million. The psychological thriller, starring Lupita Nyong’o and Winston Duke, hit $200 million in ticket sales worldwide.

Rounding out the top five is Disney’s “Captain Marvel,” adding $12.7 million. Starring Brie Larson, the superhero tentpole has crossed $1 billion in ticket sales, with $373 million of that bounty coming from North American theaters.

Among specialty releases, Neon’s Aretha Franklin documentary “Amazing Grace” made $57,353 from three theaters, averaging $19,118 per location. The non-fiction film, which was 46 years in the making, captures the Queen of Soul as she records her wildly successful album in a Baptist church.

Elsewhere, Amazon Studio’s released “Peterloo,” a historical drama about the deadly 1819 massacre in Manchester, in three locations. It pocketed $30,426 for a per-screen-average of $10,142.

This weekend continued to prove that scares and superheroes are some of the most reliable money-makers at the box office. Overall, ticket sales are still pacing around 16 percent behind last year, according to Comscore. That gap is shrinking as films like “Captain Marvel” and “Us” impress audiences, and Marvel’s “Avengers: Endgame,” the studio’s epic conclusion that is expected to shatter records, could help close that margin even more.