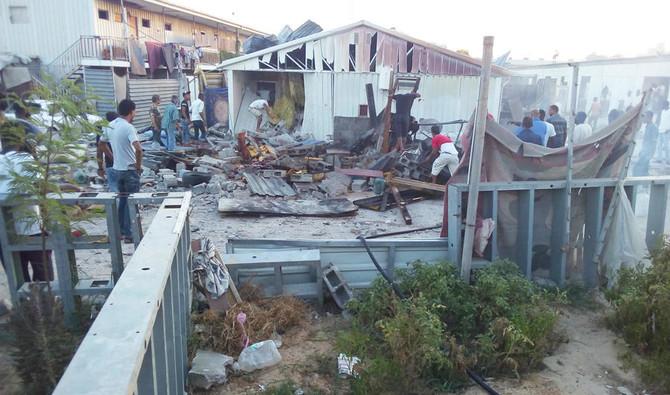 At least 21 people have been killed since a Libyan general launched a blitzkrieg campaign to capture Tripoli. A United Nations attempt to secure a temporary cessation of hostilities came to no avail.

Intense fighting between pro-government forces and militias loyal to Libyan strongman Khalifa Haftar continued late into Sunday despite attempts by the United Nations to secure a temporary cease-fire.

Ahmed Mismari, a spokesman for Haftar’s Libyan National Army (LNA), described a new facet to the clashes, saying: “Air forces took part for the first time in the military operations. It conducted a very successful operation to secure the airport road (to the city center).”

Colonel Mohamed Gnounou, a spokesman for pro-government forces, said its counteroffensive against Haftar aimed at “purging all Libyan cities of aggressor and illegitimate forces.”

US State Secretary Mike Pompeo called for an “immediate halt” to Haftar’s offensive, saying: “This unilateral military campaign against Tripoli is endangering civilians and undermining prospects for a better future for all Libyans.”

Country in chaos: Libya plunged into chaos in 2011 after the government of dictator Moammar Gadhafi launched a brutal crackdown against anti-government protesters. NATO-backed rebels eventually defeated the regime and assassinated Gadhafi. Since then, warring factions have attempted to claim power in the North African country.

Why is Haftar fighting the government?

Under a UN-backed deal last year, the Tripoli-based government of Fayez al-Sarraj, Haftar and some warring militias agreed to a transition deal that included holding national elections by the end of 2019.

But Haftar became frustrated with the Tripoli government’s inability to govern effectively. Last week, Haftar ordered his forces to seize control of the Libyan capital.

The UN-backed government accused Haftar of betraying the transition deal.

Who is Khalifa Haftar? Haftar is a former military officer who helped Gadhafi during a military-led coup in 1969. However, he later fell out of favor with the dictator. He enjoys widespread support in eastern Libya from several armed militias filled with battle-hardened fighters that made their name during the 2011 civil conflict.