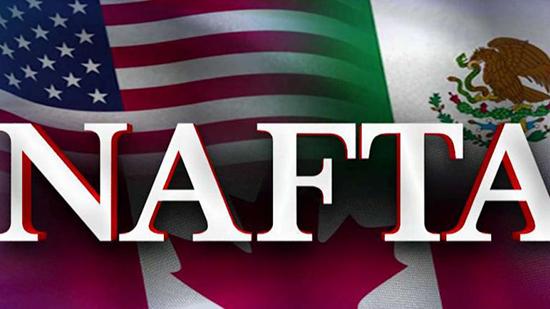 MEXICO CITY/OTTAWA (Reuters) – More than six months after the United States, Mexico and Canada agreed a new deal to govern more than $1 trillion in regional trade, the chances of the countries ratifying the pact this year are receding.

But the deal has not ended trade tensions in North America. If ratification is delayed much longer, it could become hostage to electoral politics.

The United States has its next presidential contest in 2020, and Canada holds a federal election in October.

The delay means businesses are still uncertain about the framework that will govern future investments in the region.

Though he believed the deal would ultimately be approved, Rozental said opposition from U.S. Democrats and unions to labor provisions in the deal, as well as bickering over tariffs, made its passage in the next few months highly unlikely.

Canada’s Parliament must also ratify the treaty and officials say the timetable is very tight. Current legislators only have a few weeks work left before the start of the summer recess in June, and members of the new Parliament would have little chance to address ratification until 2020.

Trump, a Republican, has shown frustration with the Democratic-led U.S. House of Representatives for failing to sign off on the USMCA. He has threatened to pull out of the old pact, the North American Free Trade Agreement (NAFTA), if Congress does not hurry up.

If Trump did dump NAFTA, the three nations would revert to trade rules in place before it came into effect in 1994.

The metals tariffs were not included in the USMCA and Mexico and Canada are impatient to resolve the issue. Mexico has repeatedly threatened to target new U.S. products by the end of April in retribution if tariffs are imposed.

Meanwhile, Trump on Thursday threatened to slap tariffs on Mexican auto exports unless Mexico does more to stop drug traffickers and illegal immigration.

Mexico’s government is in the final stages of completing a new list of potential U.S. imports to be targeted, said Luz Maria de la Mora, a Mexican deputy economy minister.

“There’s going to be a bit of everything,” she told Reuters, declining to give details of how the list – originally encompassing products such as bourbon, cheese, motor boats, pork legs, steel and apples – could be modified.

De la Mora would not be drawn on whether Mexico could refuse to ratify USMCA if steel tariffs are not withdrawn, saying only: “All options are on the table.”

In Ottawa, Canadian Foreign Minister Chrystia Freeland said this week her government was “constantly” looking at its own retaliation list, noting that Trump’s tariffs left the country over C$16 billion worth of space to strike back.

Freeland did not say when that list could change, and a government source, speaking on condition of anonymity, said it might not be necessary. Still, Freeland said Canada was coordinating with Mexico about its options.

Trudeau was criticized during the USMCA negotiations for giving ground to Trump on access to Canada’s dairy sector.

U.S. Democrats have threatened to block the USMCA unless Mexico passes legislation to improve workers’ rights, a demand shared by the Canadian government.

A bill already in Mexico’s Congress to strengthen trade unions should be approved this month, the government says.

Trump blamed NAFTA for millions of job losses in the United States as companies moved south to employ cheaper Mexican labor. Trump is running for re-election in 2020, and his ‘America First’ policy will likely feature prominently in the campaign.

Forcing Mexico and Canada to rework NAFTA was one of Trump’s signature pledges during his shock win in 2016, and Democrats are pulling out the stops to avoid losing again.

“The closer the election gets, the harder it will be for Democrats to grant Trump a victory” by ratifying the USMCA, said Sergio Alcocer, a former deputy Mexican foreign minister.

Some Democrats are pushing to change the deal – an idea that both Canadian and Mexican officials resist.

“People need to be very careful around opening up what could really be a Pandora’s box,” Freeland said on Thursday.

Canadian officials say they fear that if one part of the treaty were reopened, it could spark clamor for other sections to be renegotiated as well.

Reporting by Dave Graham in Mexico City and David Ljunggren in Ottawa; Additional reporting by Chris Prentice in Washington; Editing by Simon Webb and Sonya Hepinstall