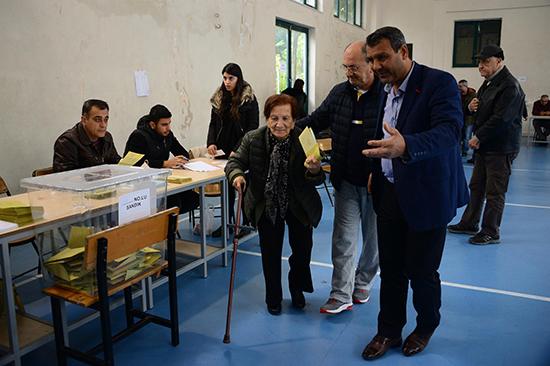 Turkey’s ruling party says it will appeal to the country’s top election authority, demanding a full recount of votes cast in Istanbul in the March 31 mayoral election, The Associated Press reported.

Ali İhsan Yavuz, deputy chairman of the ruling Justice and Development Party (AKP), spoke Sunday as a recount of votes that were previously deemed invalid was continuing in several İstanbul districts.

According to opposition’s mayor-elect Ekrem İmamoğlu, 78 percent of the invalid votes had been recounted as of Sunday and he is still leading by 16,000 votes.

In a major upset to President Recep Tayyip Erdoğan, the opposition took control of Ankara, the capital, and won a tight race for İstanbul in the country’s local elections. Erdoğan’s party is contesting some results, claiming that the elections were “tainted.”

Yavuz said the party is seeking a total recount of votes in 38 districts in İstanbul, not just of ballot papers that were canceled. He says the opposition party candidate’s lead has narrowed to 16,442 votes as a result of the partial recount.