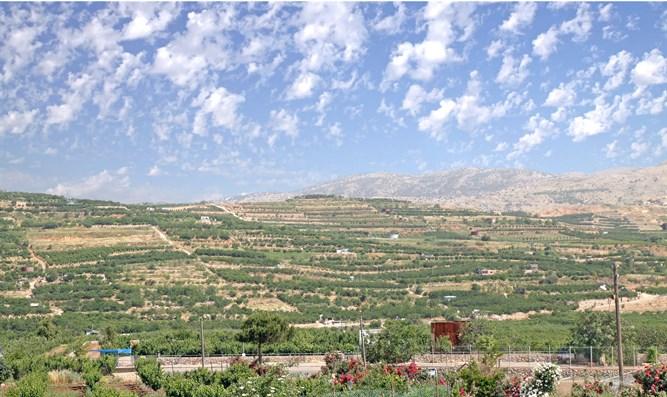 Arab countries meet at UN to discuss Trump’s decision to recognize Israel’s sovereignty over Golan, but do not agree to take action.

Arab countries met at the United Nations on Monday to discuss US President Donald Trump’s decision to recognize Israel’s sovereignty over the Golan Heights, AFP reported.

However, diplomats said no decision was taken on tabling a UN resolution condemning the US move.

Tunisian Foreign Minister Khemaies Jhinaoui said there was “no need” for the time being to press for further action that would have reaffirmed UN resolutions that call on Israel to withdraw from the Golan.

Two weeks ago, Trump signed a proclamation recognizing Israeli sovereignty of the Golan Heights which was liberated by Israel from Syria during the 1967 Six Day War. Israel annexed the Golan Heights in 1981, in a move that has never been recognized by the international community.

As expected, the move was met with condemnation from the Arab world, with Saudi Arabia, the United Arab Emirates, Bahrain, Qatar and Kuwait all saying that the Golan Heights is “occupied Arab land”.

Iran, which is the regional rival of all these states, joined in on the criticism as well.

Iranian President Hassan Rouhani accused Trump of “colonialism” in the wake of the Golan move, saying, “Nobody could have believed that a man would come in America and unilaterally and against all international laws and regulations give away a land belonging to one country to an aggressor.”

The move also drew criticism from the European Union, which said it regarded the Golan Heights as “occupied territory”.

Britain also criticized Trump’s move, with Foreign Secretary Jeremy Hunt saying, “We should never recognize the annexation of territory by force… that has been one of the great achievements since the founding of the United Nations.”

“That resolution is very clear that this is a territory occupied by Israel and has to be liberated, so there is no need to go, I think, no need now,” he said when asked about a possible new resolution.

Arab League Ambassador Maged Abdelaziz said the US decision would be discussed at a meeting between Russian Foreign Minister Sergei Lavrov and Arab ministers in Moscow next week.