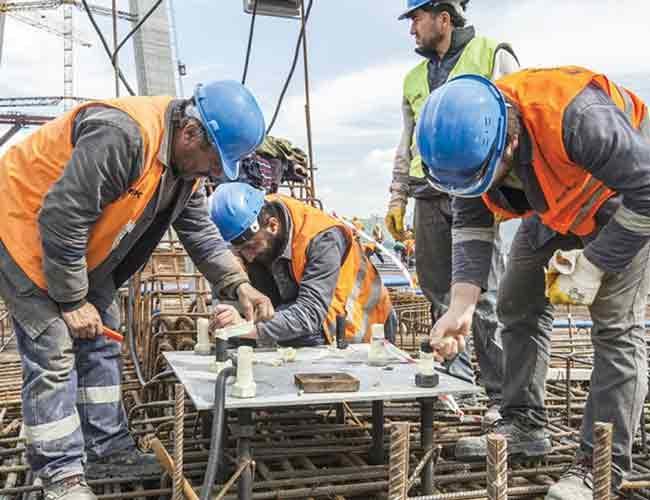 At least 108 workers were killed in Turkey in March, according to a monthly report released recently by a non-governmental organization focusing on worker health and safety issues.

Of this figure, five were children, four were women and 11 were migrants, the Workers’ Health and Work Safety Assembly (İSİGM) report published on April 8 showed.

Seven of the 11 killed migrants were from Afghanistan, two from Syria and the remaining from Turkmenistan, the report said.

The report was based on data gleaned from media reports as well as the relatives and colleagues of workers.

Deaths mostly occurred in the construction, agriculture, transport, trade, metal, mining, chemical and energy industries, according to the report.

Most of the workers were killed after being crushed under heavy equipment, in traffic accidents, after falling from high places or due to heart attacks at the workplace, the report said, emphasizing that the heart attacks are the result of “long, heavy and overloaded workhours.”

Only one person of those killed was a member of a trade union, corresponding to a mere 0.92 percent.

İSİGM is an NGO comprised of workers, workers’ relatives, doctors, engineers, academics, journalists and lawyers who deal with labor issues.

In its latest report, the group once again requested that thorough investigations are conducted to better prevent workplace deaths.