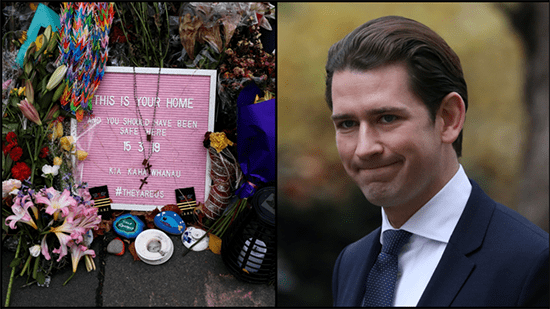 Citing the “Russian ties” of Austrian politicians in charge of intelligence, several European countries kept Austrian spies out of the intel-sharing loop. This led Vienna to miss a visit by the NZ mosque shooter.

While the BVT initially withdrew from the information-sharing club following a February 2018 police raid on its offices, other members of Club de Berne continued to withhold information from Vienna even after relations were restored.

According to the Vienna-based Der Standard, Germany, the UK, and the Netherlands have lobbied to keep BVT in the dark because the domestic security agency is overseen by politicians from the Freedom Party (FPO), the junior partner in Chancellor Sebastian Kurtz’s ruling coalition.

While the Germans are primarily concerned with Interior Minister Herbert Kickl’s 2016 speech to an Identitarian Movement conference, the British and the Dutch believe the FPO cannot be trusted because of its “Kremlin ties.”

In 2016, the FPO signed a “friendship treaty” with United Russia party of Russian President Vladimir Putin. In August last year, Putin was a special guest at the wedding of Austrian Foreign Minister Karin Kneissl, another FPO official. Austria also refused to jump on the UK bandwagon and expel Russian diplomats during the 2018 Skripal affair.

According to the liberal-leaning newspaper, BVT’s isolation may explain why Austrian police were ignorant of the visit by Brandon Tarrant, an Australian citizen who is charged with killing 50 people and injuring 49 in the attack on two mosques in Christchurch, New Zealand last month. Four days after the attacks, Austria’s Interior Ministry said it had “no clue” about Tarrant’s stay in Austria; just hours later, Der Standard published several of the alleged terrorist’s photos from his trip.

Italy’s intelligence services are not treated the same way because they are controlled by PM Giuseppe Conte rather than the “Russia-tied” Interior Minister Matteo Salvini, while US spies are “too important” to shut out and are considered autonomous from President Donald Trump, Der Standard made sure to note. Someone clearly did not get the Mueller memo about Russiagate being a conspiracy theory.

In any case, Chancellor Sebastian Kurz is now reportedly moving to put the Austrian intelligence services under his direct control. It is unclear whether this will bring the BVT into the Berne loop, however, given Kurz’s recent refusal to ditch Russian natural gas for the far more expensive US alternative.

The Club de Berne includes spy chiefs of all EU countries, plus Norway – which is a member of NATO but not the EU – and neutral Switzerland.