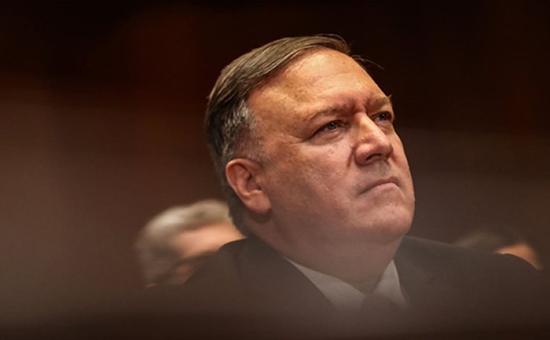 U.S. Secretary of State Mike Pompeo agreed Tuesday with the characterization of North Korean leader Kim Jong-un as a “tyrant.”

Pompeo was asked at a Senate hearing whether he would use the same word he has used for Venezuelan President Nicolas Maduro for Kim.

“Sure. I’m sure I’ve said that,” the top U.S. diplomat said before a Senate Appropriations Subcommittee while discussing the State Department budget request for 2020.

Pompeo’s remarks come as the Trump administration has appeared to take care not to offend the North Korean leader during delicate negotiations to dismantle the regime’s nuclear weapons program.

President Donald Trump’s second summit with Kim in Vietnam in February collapsed without a deal, leaving the process in a state of limbo.

South Korean President Moon Jae-in is due to meet with Trump at the White House on Thursday to try to infuse momentum into the talks.

Pompeo was asked to state the U.S. objective in its dealings with the North.

“The outcome is a fully verifiably denuclearized peninsula and greater peace, less risk in conventional means and hopefully a brighter future for the North Korean people as well,” he answered.

Washington maintains that all sanctions on Pyongyang will continue until denuclearization is achieved.