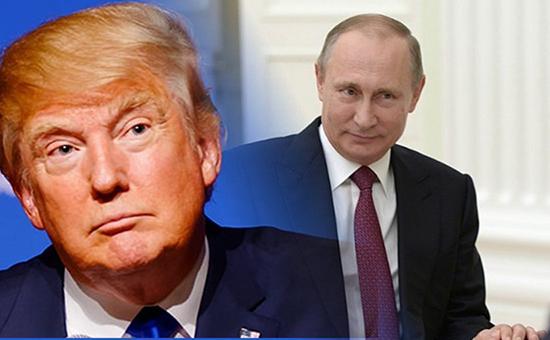 Even if the Mueller report turns out to be exculpatory for Trump, evidence of presidential malfeasance remains.

Donald Trump remains oddly deferential to Russian President Vladimir Putin amid the growing animosity between Washington and Moscow – with virulence highlighted by Intermediate Nuclear Forces Treaty termination and an accelerating nuclear arms race. Both international and US law unequivocally require an American chief executive to condemn war crimes and not become tacitly complicit in such crimes. Still, Trump continues to align certain US policies with particularly egregious derogations of Putin.

Simultaneously, the Trump trade war with China has proven to be a tangible benefit to Cold War II adversary Putin. Since the imposition of US tariffs, Russian farmers have literally doubled soybean exports to China. In agricultural Indiana, from where I write this essay, there has been substantial tariff-related trade loss.

In a plausibly “best case” scenario, Trump is somehow incapable of meeting the considerable intellectual expectations of his high office. In the calculably worst cases, he acts deliberately on behalf of his Russian counterpart or obediently obliges Putin by sowing assorted bursts of chaos in US foreign policy directives. The two worst-case scenario explanations need not imply “collusion” or some intentional disloyalty toward the United States. Moreover, following the yet-to-be disclosed Mueller report, it would seem reasonable to give Trump the benefit of certain lingering doubts. Yet it is also apparent that an American president who might be blameless on this limited single standard of law-violating behavior has nonetheless cultivated relationships with some of the world’s most belligerent and tyrannical regimes.

For the United States, this possibly paradoxical juxtaposition is anything but promising. Along similar lines of possible presidential dereliction, conspicuous attention is required on this president’s security-clearance procedures. A whistleblower reports that Trump issued high-level clearances to about 25 individuals who could not fulfill the statutory guidelines, including close relatives of the president. With Cold War II expansion, such presidential waivers, even if technically lawful, are imprudent and potentially catastrophic.

Americans must decide how to proceed fairly, but prudentially. They will ultimately reach pertinent judgments, but these should not be based on blind political or personal faith. In such circumstances, Sigmund Freud would likely have termed fallacious attachments to leadership idealization as “wish fulfillment.” Apropos of such a plausibly Freudian indictment, Trump continues to express uncannily fierce admiration for long-discredited geopolitical postures – most prominently, the zero-sum or “everyone for himself” dynamic of international relations – and for the most historically malignant notions of international justice. The discredited position of “might makes right” immediately comes to mind.

This dishonorable stance, which offers America only persistent failure and collective defilement, has its philosophic origins in certain ancient Greek thought, especially the “Sophist” argument of Thrasymachus in Plato’s Republic and the so-called “Melian Dialogue,” famously recorded by Thucydides in The Peloponnesian War. Although it has become acceptable during the “Trump Era” to abjure almost any forms of historical understanding or erudition in government, truth sometimes still remains intuitive. In other words, for Americans and their elected president, it still makes good policy sense to read and learn.

If, in the end, the American people opt for a properly dispassionate and systematic assessment of this paradoxical presidency, they could offer their imperiled country a reassuringly 11th-hour chance. Above all, this would mean being judged before the wider “community of nations,” and correspondingly, willing to acknowledge that “America First” is logically a contradiction in terms.

Before an American president can fully realize this country’s core security and human rights values, he must understand the inestimable primacy of global interdependence. Nowhere is this overriding need better expressed than in the Jesuit philosopher Pierre Teilhard de Chardin’s magnum opus, The Phenomenon of Man: “The egocentric ideal of a future reserved for those who have managed to attain egoistically the extremity of `everyone for himself’ is false and against nature.” Much earlier, William Blackstone, the jurist upon whose work the United States literally owes its own basic system of law, remarked in Book 4 of his Commentaries on the Law of England: “The law of nations (international law) is always binding upon all individuals and all states. Each state is expected, perpetually, to aid and enforce the law of nations as part of the common law, by inflicting an adequate punishment upon the offenses against that universal law.”

It should go without saying that an American president who bases his foreign policy upon the opposite of such primary obligation is acting against international law and contra the overlapping best interests of the United States. A continuing and concrete examle of Trump’s disregard for international and national law concerns the universal human rights of refugees and the law-protected privileges of asylum seekers. These fundamental rights are guaranteed to all “persons,” not exclusively “citizens,” by founding documents of the United States. By definition, the rights assured by the Declaration of Independence and the Constitution cannot be confined to the people of the United States as both documents were conceived by their authors as the indisputable codification of a pre-existing Natural Law. Although generally unrecognized, the United States was founded upon the Natural Rights philosophies of the 18th century Enlightenment, especially Locke, Hobbes, Montesquieu and Rousseau. Also, international law, whether customary or codified, has long been incorporated into the “supreme law” of the United States, especially at Article 6 of the US Constitution, or the “Supremacy Clause.”

Trump’s executive orders directing the Department of Homeland Security to expand his “expedited removal” program, is generally in violation of a legal principle known as non-refoulement. This indispensable human rights principle is plainly codified in Article 33 of the 1951 Refugee Convention: “No Contracting State shall expel or return (“refouler”) a refugee in any manner whatsoever to the frontiers of territories where his life or freedom would be threatened on account of his race, religion, nationality, membership of a particular social group or political opinion.” Automatically, owing to the prior incorporation of international human rights law into US law, these violations extend to US immigration laws.

Similar and intersecting legal issues are raised with regard to Trump’s explicit country preferences concerning future immigration. When he openly urges reduced immigration from “shithole countries,” those in Africa and Latin America, and calls instead for refugees from “places like Norway,” it represents a thinly disguised retrogression to racist criteria. That such crude and potentially murderous presidential thinking passes as “coarse,” “prejudiced,” “foolish” or “narrow minded” misses a key point – and that is determinedly racist stereotypes reflect his most deeply felt and personally favored policies. Another reminder of this connection: Despite America’s codified and customary legal obligations to oppose genocide-like crimes in Syria – obligations discoverable, among other sources, in the 1948 Genocide Convention – Trump chooses to stand silently by Putin’s murderous Syria policy.

So far, no circumstances have emerged prompting Trump to stand up to Putin, including crimes of war and crimes against humanity. For the United States, regarding both its tangible interests and its once-historic dignity, this retrograde presidential stance manages to oppose US geopolitical objectives and vital ideals. While Trump tolerates these starkly indefensible authorizations, Russia continues with far-reaching nuclear weapon enhancements, including difficult-to-overcome advancements in hypersonic missile technologies. Looking ahead, inter alia, it is likely that some of these enhancements could effectively nullify US ballistic missile defense capabilities.

Even if the Mueller report turns out to be exculpatory for Trump, evidence of presidential malfeasance remains. Can there be a collective excuse for tolerating such obvious expressions of leadership wrongdoing? Are the evident facts of Trump’s “cooperation” with Putin insufficiently clear or not compelling enough to warrant our meaningful condemnation? Judged by the readily discernible expectations of international and national law – expectations both binding and purposeful – any such excuse rings hollow.

*Louis René Beres, a regular contributor to YaleGlobal Online, was educated at Princeton (PhD, 1971). He is the author of many books and articles dealing with world politics and international law. His 12th and latest book is Surviving amid Chaos: Israel’s Nuclear Strategy (Rowman & Littlefield, 2016; 2nd edition, 2018). His recent articles have also been published in Jurist, The Bulletin of the Atomic Scientists, The Atlantic, The Hill, The National Interest, The New York Times, The Daily Princetonian, Israel Defense (Tel Aviv), International Journal of Intelligence and Counterintelligence, The War Room (Pentagon), Modern War Institute (Pentagon); Special Warfare (Pentagon); Harvard National Security Journal,  International Security (Harvard), Parameters: Journal of the US Army War College, World Politics (Princeton) and Oxford University Press. Beres was born in Zurich at the end of World War II.