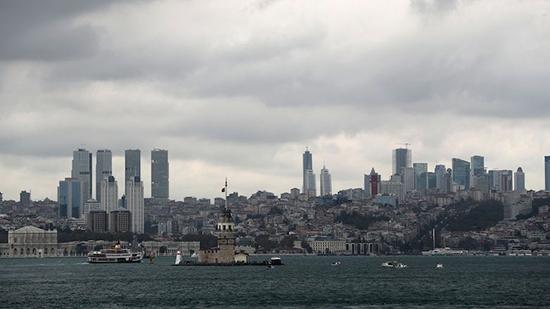 ERBIL (Kurdistan 24) – A Kurdish woman with Dutch citizenship and her 5-month-old daughter have been jailed in Turkey since Friday, Dutch national broadcaster NOS reports.

The 31-year-old woman was on a trip to Istanbul with her daughter and was arrested after she wanted to return to the Netherlands from Turkey, NOS said.

Authorities in Turkey accuse the woman of being the co-chair of the Council of Communities from Kurdistan (DEMNED). According to the Turkish prosecution, the Dutch-Kurdish organization is linked to the Kurdistan Workers’ Party (PKK), which is banned in Turkey.

The PKK is fighting an insurgency against Ankara over Kurdish rights and self-rule.

The woman has denied ties with the PKK and said the organization is involved in cultural activities. DEMNED has confirmed on Facebook that the 31-year-old was its former co-chair.

As co-chair, she was involved in talks with Rotterdam Mayor Ahmed Aboutalebin 2015 and 2016 as a representative of the Kurdish community during tensions between the Kurdish and Turkish diaspora in the Netherlands.

The Dutch Foreign Ministry and a Dutch and Turkish lawyer are now involved in the case.

The Dutch Foreign Ministry said two employees of the consulate in Istanbul visited the jailed woman on Saturday. It also noted that it is in direct contact with the family, and is waiting for the outcome of the trial in Turkey.

“The Foreign Ministry cannot and should not interfere with the judicial process in Turkey,” NOS quoted a spokesperson as saying.

Her husband reportedly traveled to Istanbul on Saturday to visit his wife and daughter in jail but was unable to deliver medicine and diapers to his daughter who is suffering from a respiratory infection and diarrhea.

The lawyer said authorities had confiscated the medicine from her mother.