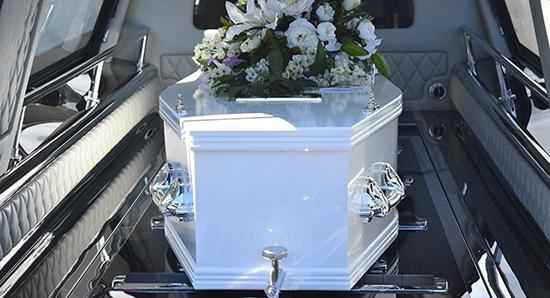 The convicted smugglers were to deliver a shipment to a London funeral parlour and apparently decided along the way to grant a new life in Britain to an illegal migrant, helping him to cross the border in a box normally reserved for a person’s final resting place. The French customs authorities, however, turned out not to be so easily duped.

Two truck drivers from Poland have been sentenced to 14 months in jail in France for “helping transport undocumented foreigners” after attempting to smuggle an illegal migrant to Britain, hiding him in a coffin earlier in April. The court also took mitigating circumstances into account, namely the means used to transport a living person.

“To make someone lie in a coffin for transport purposes is undignified”, local prosecutor Pascal Marconville said

The smugglers used a box from a shipment for a funeral parlour in London. At the Calais entrance to the Channel Tunnel, French customs officials checked the cargo in the van and noticed that one of the coffins seemed heavier than the others.

According to the preliminary information, when the lid was removed they discovered a man, who had illegally arrived in Europe from Iraq. He later confessed that he had paid the Poles to smuggle him across the French-British border.

The smugglers, however, tried to act surprised, noting that they had no clue there was an illegal migrant in their shipment. But, according to the court, “the coffin wasn’t accessible from the outside without destroying a lock” so the Iraqi could not have snuck in there en route “without help from the drivers,” as the prosecutor noted.