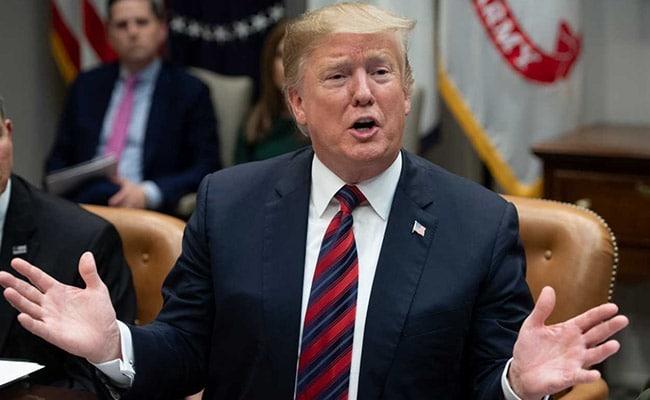 “It was an illegal investigation, it was started illegally, everything about it was crooked,” Trump told reporters outside the White House. “It was an attempted coup.”

He also said that he himself hadn’t seen or read the report on alleged Russian involvement in the 2016 election presented by Special Counsel Robert Mueller.

“I won,” he said. “There was no collusion, no obstruction.”

Justice Department Inspector General Michael Horowitz has been investigating the FBI’s alleged misuse of the Foreign Intelligence Surveillance Court for just over one year, and Barr told a House Appropriations Committee hearing on Tuesday that Horowitz’s final report should be completed by “May or June.”

Horowitz’s investigation centers around the FBI’s use of the now-infamous ‘Steele Dossier’ as evidence to acquire a warrant to wiretap Trump campaign adviser Carter Page. The dossier was compiled by a former British spy, paid for by Trump’s opponents within Hillary Clinton’s campaign, and contained a raft of unverified claims about Trump’s supposed contact with Russians.

“More generally, I am reviewing the conduct of the investigation and trying to get my arms around all the aspects of the counterintelligence investigation that was conducted during the summer of 2016,” Barr told the hearing.

Barr did not elaborate further, but a potential investigation could look into claims that the FBI actively worked to keep Trump out of the White House, whether Strzok and FBI lawyer Lisa Page’s anti-Trump bias affected the agency’s investigation, and whether top FBI officials selectively leaked information to the press to build negative publicity around Trump.

Since Mueller’s report cleared Trump of any collusion with Russia, the pendulum has swung toward Republican-backed investigations of the FBI. South Carolina Senator Lindsey Graham said last month that he will investigate the agency’s probe, while California Rep. Devin Nunes has said that he will make several criminal referrals to Barr.