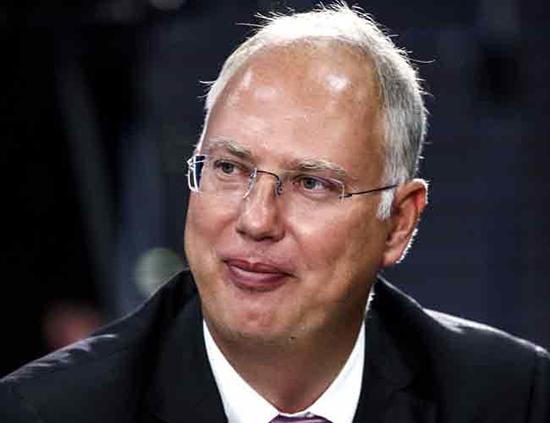 “At the initial stage the investments in the funds’ projects will amount to 200 million euros. The total size of the Russia–Turkey Investment Fund is 900 million euros,” the RDIF said in a statement, adding that the corresponding agreement was signed in the presence of Erdoğan and Russian President Vladimir Putin.

The parties have started developing joint projects with a special focus on the technology, healthcare and infrastructure sectors.

“This is an important milestone for TWF and we believe initiating investments through RTIF in focused sectors will cement the relationship of both sovereign investment funds and further strengthen the relationship between Turkey and Russia,” said Zafer Sönmez, managing director of the Turkey Wealth Fund.

According to Sönmez, the RTIF will play a crucial role in promoting a culture of co-investment, attracting top quality FDI, and catalyzing opportunities for the regional growth of Turkish and Russian companies.

For his part, RDIF CEO Kirill Dmitriev said that the healthcare, infrastructure and technology sectors are some of the most attractive for investment and development of the two countries’ domestic economies.

“We see that based on what Yandex has in Turkey, it is possible to increase Russia’s technological presence in both Turkey and Arab countries,” he added.

According to the fund’s website, its mission is to develop and increase the value of the country’s strategic assets and consequently provide resource for our country’s primary investments.

Its main objectives are contributing to economic growth by ensuring value increase of key public assets, supporting the development of assets suitable for participation financing, actively deepening capital markets by supporting the introduction of a variety of products, attracting further investments to Turkey and providing capital for new investments.