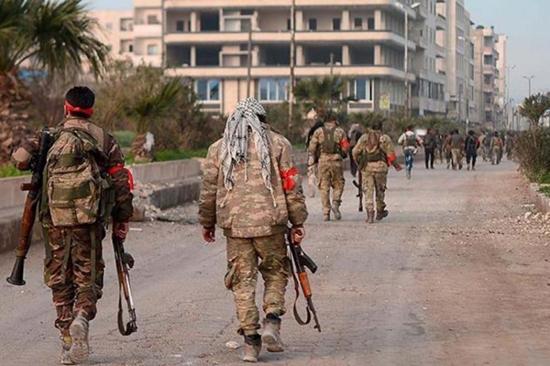 Basnews-ERBIL – The Ankara-backed Syrian rebels continue to commit violence against civilians in the Kurdish enclave of Afrin in northern Syria, while they have also arrested many residents, a human rights center said on Thursday.

“The Syrian rebels and groups operating in the Afrin region, backed by Ankara, continue to commit further violations, seize private property, displace the residents and arrest them,” the Violations Documentation Center in Syria said in a statement.

The center further revealed that the islamist groups have arrested 14 civilians from the village of Adamo in the region of Rajo Breif, taking them to an unknown location.

“The rebels demanded their relatives to pay the amount of 150 thousand Syrian pounds in exchange for the release of the civilians.”

The Turkish army cooperatively with Ankara-backed rebels overran Afrin last year and forced the Syrian Kurdish People’s Protection Units (YPG) out of the region as Turkey views the Syrian Kurdish forces as an extension of the Kurdistan Workers’ Party (PKK), an armed group designated as a “terrorist organization” by Ankara.