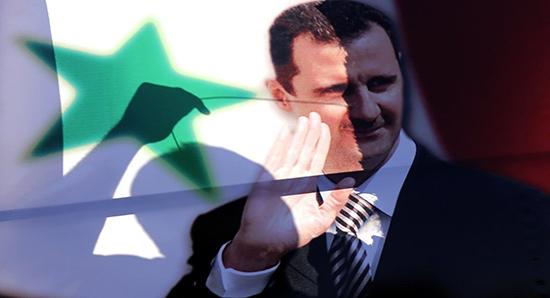 A new law in Syria makes it extremely hard for Syrians to return to their homeland and could permanently alter the demographic makeup of the country.

After a dangerous and challenging journey, my children entered a new home in a strange country, still not being able to reconcile with leaving their homeland. They could not accept that they were forced to abandon their home, school, relatives, their childhood friends, and even their language. When I suggested that they should start learning the new language, they looked at me in astonishment: Will we stay here for a long time? Won’t we go back home?

I did not tell them that our national army, which broke into our homes after relentlessly bombarding our neighbourhood with all kinds of weapons, looted all the houses before setting them on fire. We shared this fate with more than half of Syria’s people who fled their homes during the eight-year war. More than five million Syrians fled abroad, and nearly seven million are internally displaced.

In the years that followed, this army and its local and foreign militias prevented the return of the displaced people, threatened them with death, detained, tortured and killed those who dared to return. And as if this was not enough of a deterrent, Bashar al Assad’s regime has manipulated the law to use as a weapon against the displaced. Several laws have been put in place to prevent the return of the displaced people and refugees, the most infamous of which is ‘Law No. 10 of 2018’.

Under the guise of reconstruction and promoted as an ‘urban planning measure’ for areas destroyed in the war, the law essentially strips a majority of displaced people of property ownership due to administrative and legal obstacles it imposes in the process of “re-organising” the status of the properties that they own.

I followed the international criticism of Law 10 and noted that much of it did not consider the context to which Assad’s authorities issue and enforce laws and regulations. The essence of such laws is about the kind of Syria Assad wants to see once the bloodshed has stopped.

Assad made a massive gamble in dealing with the uprising of the Syrian people. His strategy included releasing religious extremists who were serving long prison sentences. In this effort, he collaborated with both Iran and Iraqi Prime Minister Nuri al Maliki – who in turn released fundamentalists from Iraqi jails. They jointly planned a new phase in the conflict – a decisive war with the “takfirist” groups to whose creation Assad directly contributed.

The narrative of a “legitimate government fighting Islamist terrorists” allowed Assad to regain some international sympathy and support, which in turn allowed Iran and Russia to implement a Grozny model of a scorched earth policy against the people who rose up against Assad’s regime.

In his gamble, Assad did not hesitate to contravene international law. He used heavy artillery and aerial bombardment, barrel-bombs and even chemical weapons to target and displace the majority of people and come closer to achieving what he later called “a more homogeneous society” – a purely Nazi expression.

To succeed in his plan to prevent the vast majority of the displaced Syrians from returning, Assad issued Law No. 10.

This legislation has been designed to strip displaced people of property to return to, in essence acting as a deterrent to those wanting to return. Even if they still possess ownership documents of their property, the law ensures that they cannot renovate or rebuild in areas designated for “re-organisation”.

The prohibitive nature of the law ensures that Syrians are prevented from the reconstruction or restoration of their homes unless granted permission by authorities. These are the same authorities who have issued a decree to “re-organise” the region which annuls the right of the rightful owners to sell, buy, mortgage, obtain construction and restoration permits.

The way the law works is that a property owner must first submit an objection, within a year, and then dare to appear before the competent authorities and obtain security approvals, or send a relative to undertake this adventure.

Approaching security services to obtain such approvals entails a genuine risk to the life of the owner considering that so many refugees and displaced people were pro-opposition. The fact is that in most of the areas from which people have been displaced, a return is not allowed and that most people have no relatives there who can act on their behalf.

Property owners whose hopes focus on “once again having a peaceful life in Syria” will likely discover that their property has been lost, or has dramatically shrunk and that they cannot reclaim it. Those trying to return will find out that the situation has changed drastically in favour of the regime and Syria’s discriminatory legal framework renders the return of a huge number of Syrians nearly impossible.

In Syria under Assad, the task of laws and regulations is no longer to organise society but to sabotage it. If the vast majority of the displaced are to have a chance of returning, this legislative framework will have to change. Assad has placed his bet and shown his cards; the question now is whether those powers interested in seeing refugees return to Syria will fall for the sleight of hand.