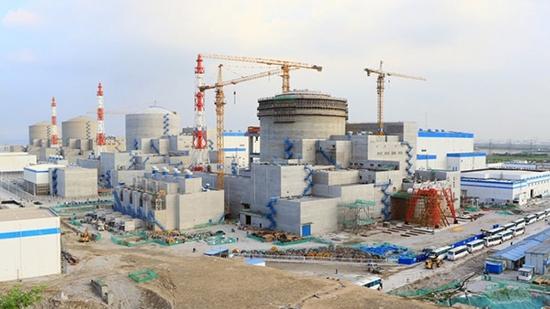 BEIJING (Reuters) – China’s economic growth is expected to slow to a near 30-year low of 6.2 percent this year, a Reuters poll showed on Friday, as sluggish demand at home and abroad weigh on activity despite a flurry of policy support measures.

The median forecast was slightly lower than the 6.3 percent economists had predicted in the last poll in January.

While the world’s second-largest economy has shown some signs of steadying recently, analysts caution it is too early to tell if the newfound momentum can be sustained.

Policy stimulus thus far has also been more restrained by Chinese standards than in past downturns, which could mean a more gradual recovery.

Most of the 88 institutions covered in the survey do not expect growth to bottom out until later in the year as looser monetary condition and fiscal stimulus take time to percolate through the economy and revive domestic demand.

“We expect the economy will slow further in second quarter as exports likely remain under pressure as global demand deteriorates and the property market stays in a downward cycle, while stubbornly weak consumption for durable goods caps demand,” said Ting Lu, chief China economist at Nomura.

The full-year forecast of 6.2 percent would still fall within the government’s target of 6.0-6.5 percent, but it would mark the weakest pace of growth China has seen in 29 years, and spell a further deceleration from 6.6 percent in 2018 and 6.8 percent in 2017.

Growth next year will likely cool further to 6.0 percent, the poll showed.

Multi-year regulatory campaigns to curb debt risks and pollution have deterred fresh investment, while a year-long trade war with the United States has hurt China’s exporters.

First-quarter growth was seen cooling to 6.3 percent from a year earlier, the same as in the previous poll, from 6.4 percent in the fourth-quarter of 2018, the weakest pace since the global financial crisis.

Beijing has stepped up fiscal stimulus this year, announcing more spending on roads, railways and ports, along with trillions of yuan of tax cuts to ease pressure on corporate balance sheets.

It has also pressed banks to keep lending to struggling smaller, private companies, and on more affordable terms, even though they are considered higher credit risks than state-backed firms.

Investors are hoping for more signs of economic recovery in China to cushion worries about slowing global growth, after the IMF this week downgraded its 2019 world outlook for the third time citing U.S.-China trade tensions.

Optimism has increased that Washington could reach a deal with Beijing soon. The two sides have largely agreed on a mechanism to police any trade agreement they reach, including establishing new “enforcement offices,” U.S. Treasury Secretary Steven Mnuchin said on Wednesday.

President Donald Trump said last week that a deal could be ready around the end of April.

But economists warn that even if a trade deal is reached, and tit-for-tat tariffs are removed, Chinese exporters will still have to contend with weakening demand globally.

Analysts expect the central bank will ease policy further this year to spur lending and reduce the risk off a sharper slowdown. But they do not expect a cut in the benchmark lending rate, which would risk adding to a mountain of debt left over from past stimulus campaigns.

The People’s Bank of China has slashed bank’s reserve requirement ratio (RRR) five times over the past year and analysts forecast three more cuts of 50 basis points each in this quarter and the next two.

The finding was the same as in January.

China will step up its policy of targeted cuts to banks’ reserve ratios to encourage financing for small and medium-sized businesses that play a key role in economic growth, the cabinet said on Sunday.

The economists expect the PBOC to keep its benchmark lending rate unchanged at 4.35 percent through at least the end of 2020, the Reuters poll showed.

The central bank has been guiding money market rates lower in various ways since last year, which is reducing corporate financing costs, while banks have been lowering mortgage rates in some areas.

The poll also predicted annual consumer inflation to be more muted at 2.1 percent in 2019, cooling from the 2.3 percent estimated in the January survey.

Data this week showed China’s producer prices in March picked up for the first time in nine months while consumer inflation also quickened.

“Despite the rise in inflation, we believe it will not change the easing bias of the People’s Bank of China, as the CPI inflation comes mainly from pork prices rather than a general rise in prices,” Lu said.

Reporting by Lusha Zhang and Kevin Yao; Polling by Khushboo Mittal in Bangalore and Jing Wang in Shanghai; Editing by Kim Coghill