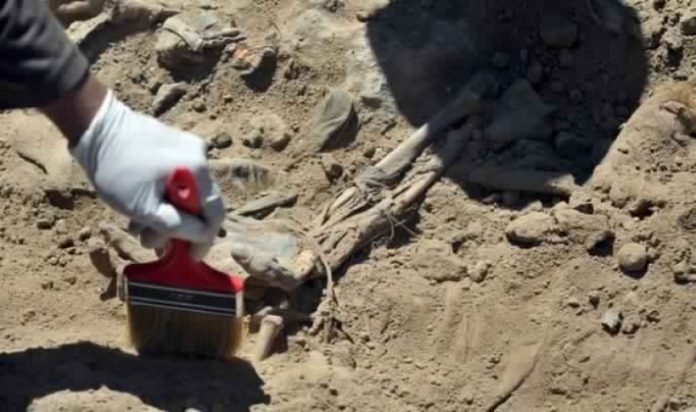 ERBIL – A mass grave of victims of the Islamic State (IS), including nearly two dozens of bodies, was discovered on Thursday in eastern Syria.

The grave was found in the town of Mayadeen, eastern Deir ez-Zor province, which included 23 bodies, field sources said, as cited by ABNA 24.

According to the sources, a number of women were among the victims who were believed to have been executed by the extremist group when the area was occupied by the insurgents.

No further details were given in the report on the identity of the corpses.