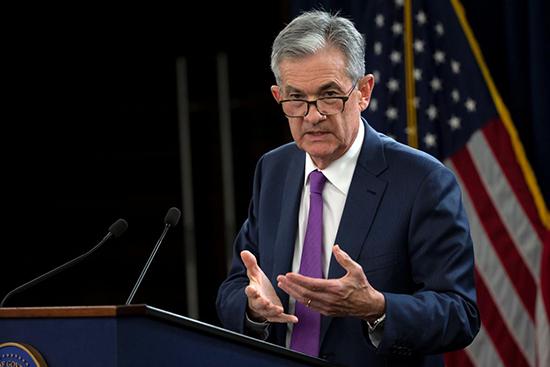 WASHINGTON (Reuters) – White House economic adviser Larry Kudlow said on Thursday he has confidence in Federal Reserve Chairman Jerome Powell but that President Donald Trump intends to proceed with plans to name a controversial partisan to the U.S. central bank’s board of governors.

Kudlow said at an event sponsored by The Hill the White House is sticking by Herman Cain as a candidate for a Fed seat “at the moment,” even after several Republican senators came out against the idea and despite allegations of misconduct against the former pizza company chief executive.

Kudlow noted that Cain was being vetted.

“He is in the process. We’ll let him go through it. And the president insists on that,” Kudlow said. Trump had reiterated his support for Cain as late as Wednesday night, he said.

Controversy over Cain’s possible nomination, as well as that of economic commentator and Trump supporter Stephen Moore, continued on Thursday.

Elected officials and interest groups on both sides of the political aisle voiced support for Powell, and for the need to keep the Fed at arms length from the influence of politicians in its interest rate decisions.

“The chairman of the Fed is the leader in the world of central banks. Now, thank God, Chairman Powell is there, but for him to have to deal with a politically motivated Fed – this is a really dangerous one,” House of Representatives Speaker Nancy Pelosi said.

Powell briefed House Democrats in a closed-door session at their annual retreat on Thursday evening but declined to comment on Trump’s candidates for the Fed, lawmakers said afterwards.

Representative Ami Bera said Powell talked about the domestic and global economy. “The Fed will continually watch what’s happening, but things like Brexit and trade uncertainty obviously are things that they are paying attention to,” Bera said.

Representative Brad Sherman said Powell emphasized the Fed’s independence and also talked about how U.S. debt and deficits are unsustainable in the long term.

“When Powell was first appointed, he might have gotten a chilly reception from our caucus” because he was elevated to Fed chair by Trump, Sherman said. “But it’s obvious now that Trump doesn’t like Powell and is trying to appoint people to Powell’s board that are the cultural antithesis to Powell. Because Powell is disliked by Trump, we like him a lot more,” he said.

The issue was also percolating through the annual meetings of the International Monetary Fund and the World Bank, institutions whose largest shareholder is the United States. The country has been looked on to serve as a sort of global touchstone on issues such as the importance of leaving politics out of interest rate decisions.

“How do you see the Fed’s independence, given what appears to be political persuasion trying to guide policy from outside the building?” Institute of International Finance President Tim Adams asked Fed Vice Chair Richard Clarida, an apparent reference to recent demands by Trump that the Fed lower interest rates.

“We are accountable to the Congress,” Clarida said in an answer that skirted mention of Trump. “The Fed is a creation of the U.S. Congress by statute. We have a very clear in black-and-white mandate assigned to us … which is maximum employment and price stability,” not maximizing the growth rate of gross domestic product, he said.

Central bank “capture” by national leaders has been blamed for a variety of economic ills, from hyperinflation to runaway debt used to finance projects in hopes of winning reelection.

Moore has said recently he wanted to accommodate Trump’s policies, that he feels the president’s reelection was necessary for the country’s economic success, and wants to do battle with what he calls “growth-phobiacs” at the Fed.

The president nominates members to the Fed’s seven-member board of governors and Trump elevated Powell to chairman a year ago. The nominations must be approved by the Senate. Another 12 members of the Federal Open Market Committee, which sets interest rates, head regional banks and are chosen by local boards of directors, not the president.

Trump and Kudlow have both been critics of the Fed’s policies under Powell.

Kudlow reiterated on Thursday that he disagreed with the Fed’s most recent interest rate hikes.

“He’s a fine person,” Kudlow said of Powell. “I think he’s going to turn into a good Fed chairman.”

Kudlow noted the Fed was independent but said that would not stop him and others from weighing in on its activities.

“The Fed is an independent central bank and we aim to keep it that way,” Kudlow said. “That doesn’t mean we can’t express our opinions periodically.”

Asked about the controversy over the usually staid Fed, including statements by Cain and Moore in mainstream and social media, St. Louis Federal Reserve bank President James Bullard said the institution tends to “convert” people pretty quickly to its technocratic methods.

Moore, for example, said in a Bloomberg interview that he felt Fed meetings should be televised – a likely non-starter for an organization that publishes minutes of its meetings three weeks after the fact and holds regular news conferences but feels a camera in the room would inhibit free discussion.