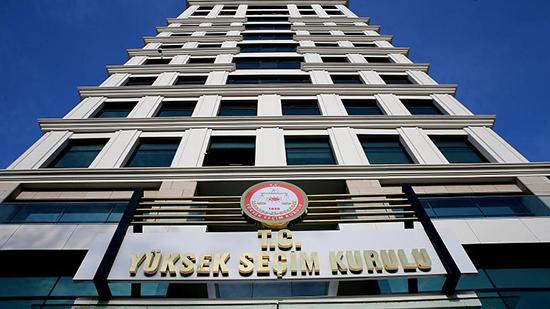 Turkey’s Supreme Election Board (YSK) has ruled that candidates who won the March 31 mayoral elections after running as dismissed public personnel will not be given their certificates of election despite winning the polls.

The mayoralties will be given to the runners-up, the YSK said on April 10, drawing anger from the opposition which said the candidates had actually been approved by the electoral body during the nomination process.

Following objections made to the election results, the YSK said: “Those who were dismissed with emergency decrees should not be employed in public service and work in public institutions.”

The YSK annulled the certificates of elections of seven winners in four provinces, all of which are in the country’s southeast and east.

All of the candidates had run for mayoral seats from the Peoples’ Democratic Party (HDP) and were approved to be nominated by the YSK ahead of the March 31 local elections.

The mandates of the seven winners will be handed over to those who came second-place, all of whom are ruling Justice and Development Party (AKP) candidates.

State of emergency decrees introduced in the wake of a coup attempt in July 2016 dismissed a total of 125,678 people from public service, with many having faced accusations of links to terrorist or outlawed groups, according to figures provided by an inquiry commission set up to overlook controversial emergency rule measures.