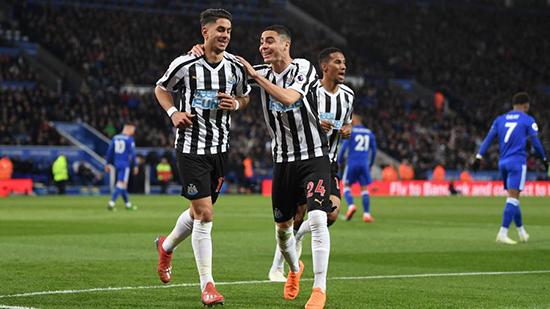 The striker’s eighth goal of the season earned the Magpies a 1-0 victory and their first victory on the road since December.

It moved Newcastle up to 13th, 10 points clear of the Premier League’s relegation zone, having played up to two games more than their rivals with four matches remaining.

Salomon Rondon’s splendid first-half free kick hit the bar for Newcastle and Jamie Vardy missed the Foxes’ best chance when he lifted over late on as the hosts’ four-game winning run ended.

Defeat was also a major dent in the race for seventh and a possible Europa League spot with Watford, Everton and Wolves all ready to take advantage over the weekend.