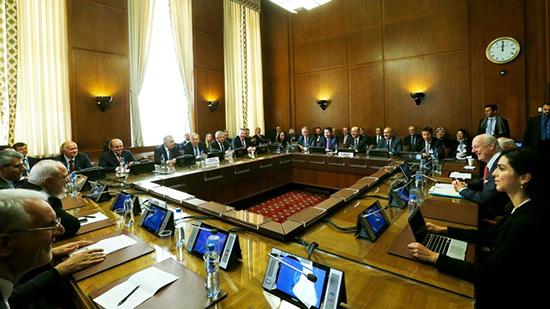 Top EU sources told TRT World the differences between Bashar al Assad and the armed opposition over the nature of the constitutional committee have been narrowed down.

With Daesh territorially defeated and active fighting in the Syrian war nearing an end, one tiny but possibly significant step towards re-establishing political process and resolving the long-standing conflict might soon be taken.

Diplomatic sources, both for and against Syrian regime leader Bashar al Assad, have told TRT World that the United Nations’ Special Envoy to Syria, Geir Pedersen, has managed to convince the Syrian regime leader Bashar al Assad on the names of the members of the Constitutional Committee. Once formed, the committee would begin the lengthy and complicated process of rewriting the Syrian constitution.

The 150-member body would be split equally between representatives chosen by the Syrian government, the Syrian opposition and Syrian civil society, with 50-members each.

Sources said that one suggestion was that the passage of any clause would require at least a 100 or more members to come to an agreement.  This makes the affiliations of the 50 members from civil society of consequence. The Syrian government was not allowed to object to the names of the representatives of the opposition but it did make it hard for the UN envoy to compile a list of civil society representatives.

While at this stage the names of these representatives and their inclinations are unknown, Assad’s regime has given its consent to all names but four.

“UN Envoy Pedersen visited Riyadh with the remaining four names to sort it out,” said a diplomatic source.

Another source from the diplomatic community added: “Five days ago we were told that there was a dispute over four names while the rest have been agreed upon.”

Pedersen tried to build consensus over the last few names in Riyadh with the opposition leaders and his office tweeted about Saudi support for UN-mediated Syrian political process based on resolution 2254.

In December 2015, the UN passed Resolution 2254, which demands “political transition” in Syria. The wording was left ambiguous deliberately. It gave room for Western nations opposing Assad to interpret it to mean transition from Assad to someone else while Russia could insist it merely meant political reforms leading to free and fair elections. The Syria policy of the international community, including the US and the EU, is governed by 2254. While Assad’s military victories have softened their stand and neither the US nor the EU are talking about his ousting, they are seeking major concessions from the Syrian regime before they think of funding the war-ravaged country’s reconstruction.

The formation of the Constitutional Committee is the first such step in that direction. Sources in Europe’s diplomatic community have said that while the EU is unlikely to revoke sanctions and pay for Syrian reconstruction until elections are held, the setting-up of the committee will serve as a confidence-building measure and might lead to an increase in funds.

Yehya al Aridi, press spokesperson for the Syrian opposition, told TRT World that the real power is being exerted by the partners of the Astana process, Russia and Turkey, to move the political process forward.

“We believe the constitutional committee is a step in the right direction. But we do not trust Assad’s intentions because he does not want meaningful political change in Syria. He has agreed to the committee only for Russian pressure,” he said. “Although we are told that the dispute over names has been resolved and the committee will soon be formed.”

On April 8, following talks with his Turkish counterpart, the Russian president said that the constitution committee would start its work soon.

“[President Recep Tayyip] Erdogan and I agreed, in coordination with the Syrian government, the opposition and the UN, to contribute to an early start of the Constitutional Committee’s work in every possible way,” said Russian President Vladimir Putin.

Meanwhile, Erdogan told reporters that Russia, Turkey, France and Germany may soon hold another summit on Syria. Last such meeting took place on October 27 and was dominated by Europe’s call for the formation of the committee.

Sources close to Moscow say that the announcement of the committee might be made as early as this month. However, European diplomats say they will believe it only when it happens.

“Assad does not deliver on anything he promises. He said he would give six months to the young people who dodged draft upon their return, but he did not. He started enlisting them right after,” said a European diplomat on the condition of anonymity.

Aridi, the opposition’s spokesperson, also his expressed mistrust of the regime and said that until the names of the members and the terms of reference of how the constitution would be rewritten are made clear, the opposition would hold back on the celebrations.

Anchal Vohra is a Beirut based Middle East journalist. She does TV for Deutsche Welle in Germany and NDTV in India. She writes for Al Jazeera, Foreign Policy, New Statesman and Berlin Policy Journal among others.