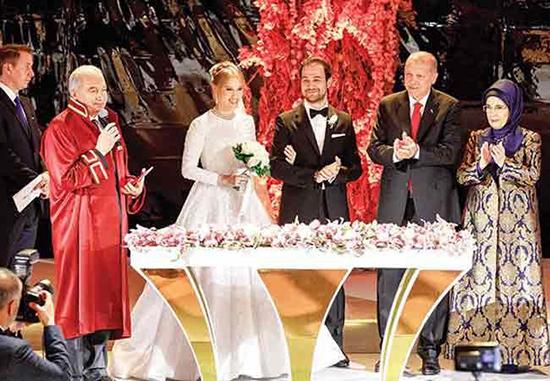 Yelda Demirören, the daughter of Demirören Group chair Yıldırım Demirören, and Haluk Kalyoncu, the son of late businessman Hasan Kalyoncu, got married on April 13 in a massive ceremony at Istanbul’s Çırağan Palace with the attendance of about 2,000 guests.

The bride’s dress and the groom’s suit were respectively designed by Turkey’s most renowned designers Yıldırım Mayruk and Muzaffer Çaha.

The newlyweds had engaged in November last year during a ceremony attended by Erdoğan and the first lady.