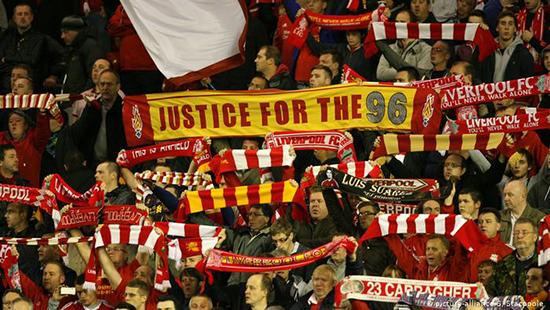 Monday marks the 30th anniversary of the Hillsborough disaster. The worst stadium tragedy in British history and its aftermath still haunts English football, with a recent twist in legal proceedings adding to the saga.

It is 30 years since a crush at a football match led to the deaths of 96 Liverpool fans. But three decades on, legal proceedings are still ongoing. Earlier this month, a jury at the trial of the police match commander David Duckenfield failed to reach a verdict on his charge of manslaughter by gross negligence. Prosecutors are seeking a retrial.

Closure is all the family members of those who died as a result of that fateful day in Sheffield have ever wanted. The world as we know it, and, indeed, football may be completely different to 1989, but the desire to finally be allowed to move on is universal — no matter how long it takes.

I had a school mate involved in the crush before the FA Cup semifinal between Liverpool and Nottingham Forest. He was one of the lucky ones, dragged up from the overcrowded standing terrace to the safety of the seated tier above.

Those who died were meant to be enjoying one of the best days of their lives. An FA Cup semifinal in that era was much bigger than it is today. Played on a neutral ground away from Wembley, it was an extra special occasion, not least because there was no European football for English teams at that time following the Heysel ban.

“It was a lovely sunny morning. We were looking forward to another cup game. One game from a Wembley final,” said Liverpool fan Kenny Derbyshire. “We were all excited going down there. Nobody expected what would happen. We only went to a football match.”

It should have been a celebration of everything that was good in English football. Two sides with famous managers (Kenny Dalglish and Brian Clough) who loved to play the game the right way.

But instead of two of England’s most watchable teams going toe-to-toe for a second semi in a row, we witnessed something so shocking that many of us shudder when the images are replayed — even all these years on.

I was just a child in northern England when the BBC broadcast live what was happening at Hillsborough. The game was stopped after six minutes.

The pitch quickly filled with people, advertising hoardings were used by fans as stretchers. What now look like arcane ambulances battled through the throngs. It was confusion and chaos and it was not immediately clear that there had been deaths. It was left to veteran BBC football commentator John Motson, only ever used to talking about tactics or fantastic goals, to utter the heartbreaking words to the nation: “It does look, I’m afraid, a very serious scene.”

The live television reports were already making it clear that there had been no violence and that a gate had been opened to relieve a crush outside, only to cause one inside. Fans had no escape from being crushed against huge metal barriers preventing them from reaching the pitch.

But some in the ground thought it was hooliganism. It was anything but, and yet the narrative was already being written in people’s heads. Drunk, ticketless Liverpool fans at it again.

Heysel four years earlier was Liverpool fans’ fault. A sizeable group had charged at fleeing Juventus supporters ahead of the European Cup final. A crush ensued and a wall in the decaying Brussels stadium collapsed. The tragedy cost 39 lives but justice was swift. English clubs were banned from Europe until 1990 with Liverpool excluded for an extra year, while 14 Liverpool fans were convicted of manslaughter.

In contrast, the Hillsborough disaster had nothing to do with rampaging fans.

The Sun newspaper had much to do with the initial reaction to Hillsborough. Britain’s most popular tabloid published a front page story headlined “The Truth”. It detailed how Liverpool fans picked the pockets of the dead and urinated on brave police officers. It turned out to be a pack of lies told by the police.

“What that paper wrote 24 hours later, that is just disgraceful. In my mind, on that day the fans…they saved more lives than anyone,” added Derbyshire, who now helps run the Hillsborough Justice Campaign.

The Sun still sells negligible copies in Liverpool to this day despite apologies. But that original story was the start of a campaign by those in authority to try to shift the blame for the tragedy onto the fans and away from the police and stadium officials.

A initial coroner’s inquest ruled that the deaths were accidental, much to the anger of victims’ families. A separate government investigation, the Taylor Report, found the failure of police control to be the main reason for the disaster, yet no criminal charges followed.

The Taylor Report did lead to all-seater stadiums in the top two divisions of English football, eliminating the terraces and high metal fences that in hindsight were a disaster waiting to happen advertising as seen at a previous Hillsborough semi in 1981 when fans spilled onto the pitch at the same end because of a crush. Lessons had not been learned.

A review in 1997 decided there was not enough reason for a new inquest into Hillsborough. Private prosecutions by the families against Duckenfield then failed in 2000.

Eventually, after years of campaigning and the phrase “Justice for the 96” becoming synonymous with Liverpool as a club and a city,  the Hillsborough Independent Panel was formed in 2009 to review the evidence.

In 2012, a near 400-page report was issued. The conclusion was that no Liverpool fans at all were responsible for the tragedy. A lack of police control and compromised crowd safety were the major causes. Crucially, the panel found that witness statements had been altered, many to remove negative references about South Yorkshire Police.

The sea change had finally come. The panel findings led to a British government apology and a new inquest, the longest in British history, ruled on April 2016 that the victims had all been unlawfully killed.

This opened the door for criminal proceedings to be brought against Duckenfield. But the jury could not reach a verdict.

Liverpool’s famous stadium song, You’ll Never Walk Alone, has never seemed more apt. Fans stuck together for 30 years even when they seemed to be fighting for their cause against all the odds. The wait goes on for what they believe is justice.

Champions League final to be moved from İstanbul to Germany or Portugal: report