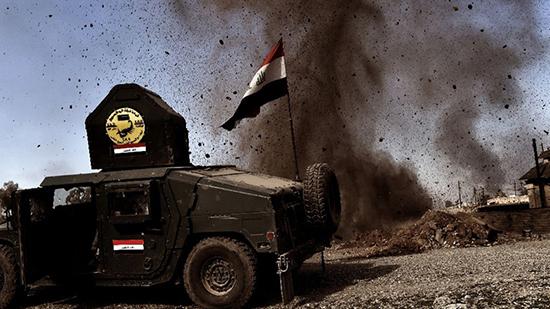 ERBIL (Kurdistan 24) – Iraqi forces continue to hunt down remnants of the so-called Islamic State in the country as the military announced on Sunday that it had killed one of the extremist group’s commanders and four militants.

The operation was carried out in the Hamrin Mountains, an area in northeast Iraq where Iraqi Security Forces and the US-led coalition warplanes have been conducting air strikes since Thursday to target Islamic State hideouts.

The elite Counter Terrorism Service and the Iraqi military’s operations command in Diyala province said in a statement that the killed Islamic State commander was in charge of militants in the Hamrin area, Reuters reported.

The statement noted that the commander and four militants were killed in an area northeast of Diyala’s Baquba.

Hamrin is a rugged mountain ridge located in Diyala province near the Iranian border and westward to the eastern banks of the Tigris River, straddling the borders of Salahuddin and Kirkuk. The area has long been a haven for extremist groups that maintain caves and tunnels there from which they have often planned attacks.

Despite Iraq announcing the military defeat of the Islamic State in December 2017, the militant group remains active and carries out regular attacks in previously liberated areas like Mosul and even places they never controlled like the Iraqi capital of Baghdad.

People in the disputed town of Makhmour on the outskirts of the Kurdistan Region’s capital Erbil recently told Kurdistan 24 they had witnessed an uptick in Islamic State movement, warning of threats they continuously face from the extremist group.