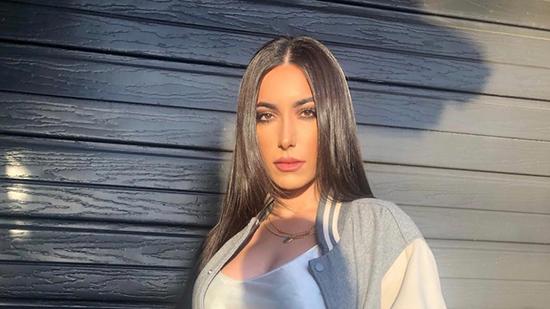 ERBIL (Kurdistan 24) – Kurdish singer and songwriter NOURI says she is determined to create the best music for her fans following the success of her debut singles which have topped streaming charts in the Middle East and New Zealand.

“The reaction to my debut single was amazing, so it’s a great feeling seeing everyone responding well to my second single,” NOURI told Kurdistan 24.

“It makes me want to push harder and give my fans the best music I can create.”

NOURI’s second single “Favorite Goodbye” is a follow up to her first one “Where Do We Go From Here” which she released in November.

Since she dropped the song in March, “Favorite Goodbye” has risen to the top of the Middle East’s largest streaming service, Anghami, with over 55 million downloads. The single is also number two in New Zealand’s Hot NZ singles chart.

The Kurdish artist is working on a five to six-track EP with a host of talented producers from all over the United States. The self-titled album is expected to be released in 2019.

NOURI previously told Kurdistan 24 that she wants to return to Kurdistan one day to perform her music for her fans back home.

“I definitely want to be performing in Kurdistan. I’ve received an overwhelming amount of support on Instagram and Facebook from all my Kurdish brothers and sisters back home. I love you all,” she said in an interview in June.

On Sunday, she told Kurdistan 24 that she plans to tour the Middle East, including Kurdistan, later this year after her EP drops.

NOURI was born in a Syrian refugee camp after her family fled the Kurdistan Region in 1991. Her parents were denied entry into bordering Iran and so instead went to Syria to seek refuge from the brutality of Saddam Hussein’s regime.

In 1995, NOURI and her family resettled in New Zealand which would become their new home before moving to Los Angeles where her music career began.