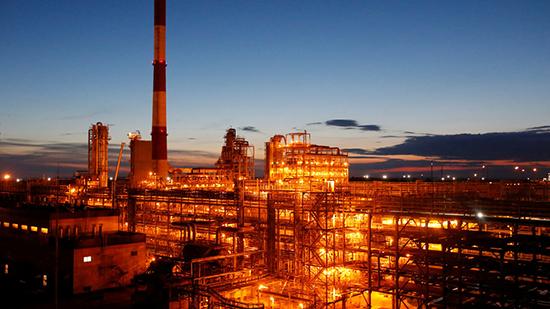 European refiners are switching to Russian sour grades as US sanctions have shrunk Venezuela’s similar-grade exports, Reuters reports, adding that the Russian sour crude is getting increasingly expensive.

Citing sources from the trading industry, Reuters says the situation has been made worse by the fact that OPEC members have cut mainly their output of heavier, more sour grades under the OPEC+ agreement aimed at stimulating a price rise.

US crude is not an alternative as it is overwhelmingly light and sweet, while refineries in Europe are equipped to process heavier grades as well as light ones to make refined products.

The news is the latest reminder that the world is tipping towards a shortage of heavy, sour crude, which is the staple kind of Venezuela crude and which many refineries need to produce fuels and other products.

“Urals is anchored in a positive zone versus dated Brent and there is no indication it will fall to a discount any time soon,”one of the Reuters’ sources said. That’s a complete reversal of the traditional differential between light and heavy oil, with the latter typically trading at a discount to Brent, a light blend.

Sanctions on Iran are further complicating life for European refiners as they have restricted exports of sour grades that Iran also produces in addition to its very popular superlight crude, also called condensate.

According to Reuters, US sanctions have removed 800,000 bpd of heavy crude from the global market, leaving refiners scrambling for alternatives in a limited pool that, besides Russia and Middle Eastern producers, also includes Canada and Mexico as large producers of these grades of crude. The former is having its own problems with a pipeline capacity shortage and a production cut that has boosted prices, and the latter has yet to reverse a fall in oil production.