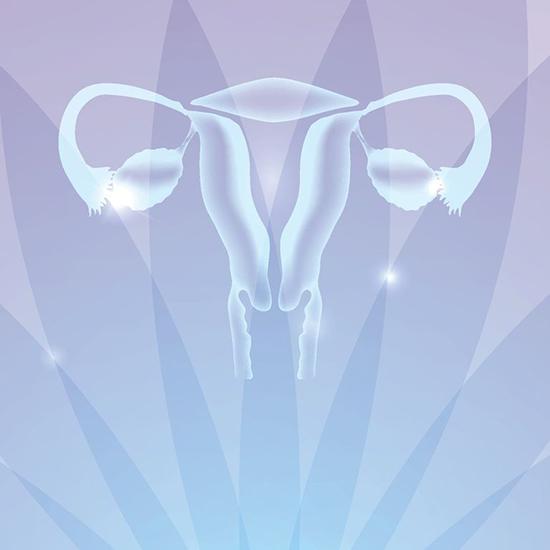 Everything you need to know about the controversial mesh designed to help with incontinence.

Vaginal mesh surgery has been making headlines after the health watchdog NICE suggested the controversial implants should be offered again on the NHS in England.

The use of the mesh has long been criticised, due to complications it can cause when it’s been put inside the body. However, new guidelines suggest that the procedures, which were halted in July 2018, could be given again as long as certain conditions are met.

Understandably, the changes have left many confused about the uses, benefits and risks of vaginal mesh. Here’s what you need to know:

What is vaginal mesh?

Urogynaecological meshes (sometimes known as transvaginal meshes) are used to treat stress incontinence and pelvic organ prolapse, which can lead to women leaking from their bladder.

How is vaginal mesh inserted?

Childbirth, hormonal changes during the menopause and heavy lifting often cause a pelvic organ – such as the bladder, rectum or uterus – to ‘sag’ and move out of place.

Vaginal mesh is designed to give permanent support to the weakened organs and to repair damaged tissue, and is inserted as a net-like implant during surgery. This can be done through the abdomen or vagina.

Vaginal mesh is designed to give permanent support to weakened organs and to repair damaged tissue.

‘By doing that, there is a foreign body present in the base of the bladder and bladder neck and within the area of the anterior vaginal wall.’

Why was vaginal mesh banned?

Vaginal mesh was halted across by NHS last year amid safety concerns. An independent review, chaired by Baroness Julia Cumberlege, found that thousands of women have suffered life-changing complications as a result of the procedure.

‘About 15,000 women per annum in the UK alone have this procedure,’ Ismail says. ‘Ten per cent will have complications ranging from minor complications to major complications such as protrusion of the mesh through the vaginal wall.’

‘The second controversy is that a big US lawsuit regarding the complications panicked many health authorities, to the point that they suspended the procedures of mesh surgeries.’

What are the risks of vaginal mesh?

‘It is down to the individual doctor to thoroughly explain the benefits as well as any possible complications that may occur from the procedure,’ Ismail says. Risks can include:

➡️ The possibility of infection and bleeding.

➡️ The area may get bruised and scarred.

Why are some people campaigning against vaginal mesh?

Kath Sansom is one of the women against reintroducing the operations on the NHS. She set up support group Sling the Mesh after being injured from a TVT for mild incontinence following the birth of her two children.

‘Like most people on the group now I was told of no long term risks and very much felt it was the quick fix and there’d be no problems,’ she said. ‘However, it was instant pain which got worse.

‘Sadly mesh pain is hidden so many friends and family don’t understand.’

However, Sansom is hopeful that a conversation about incontinence is finally opening up. ‘It has always been our aim to open up the discussion around taboo women’s health topics and the campaign has definitely achieved that – incontinence and prolapse are hardly dinner party conversations, but it is now OK to discuss,’ she says.

Will procedures be offered again?

Vaginal mesh implants can be offered again on the NHS in England once certain conditions are met, according to NICE. However, the NHS is not compelled to act on the guidelines and the “pause” on vaginal mesh surgery currently remains in place.

Some suggest that there may be other options. Dr Shirin Lakhani, former GP and leading cosmetic doctor specialising in intimate health and wellbeing, says: ‘Treatments such as the Ultra Femme 360, a non-invasive, pain-free treatment which relies on radio-frequency to increase blood flow and thicken tissue to tighten the vaginal wall and support the pelvic floor, may help women suffering from incontinence.

‘The O-Shot, a treatment which uses platelet-rich-plasma from the patient’s own blood to stimulate collagen production, and improve the health and vitality of the area can also significantly improve issues such as stress urinary incontinence and mild prolapse.’

What are the NICE guidelines for vaginal mesh?

The National Institute for Healthcase and Excellence says that vaginal mesh operationsmust be performed by specialist surgeons at specialist centres before their reintroduction.

A national database will record the operations “to help with future decision-making”, it said.

NICE has also recommended that doctors have an in-depth discussion with women about the risks and benefits of different types of surgery, including surgery with mesh, before they decide whether one of these could be an option for them.

NICE has also said that doctors must keep detailed records about the surgery they do for these conditions, including any complications women develop after they’ve had their surgery. Doctors should give each woman a copy of her record.

Nice recommend you consider the following:

✔️ What is most important to you at this stage in your life (for example, some treatments may not be suitable if you’re planning to get pregnant in the future).

✔️ Whether your symptoms are making it difficult for you to live or work normally.

✔️ Whether you want treatment, and what may happen if you choose not to have it.

✔️ How the treatment, including any side effects, may affect your day-to-day life.

The organisations below can give you more advice and support.