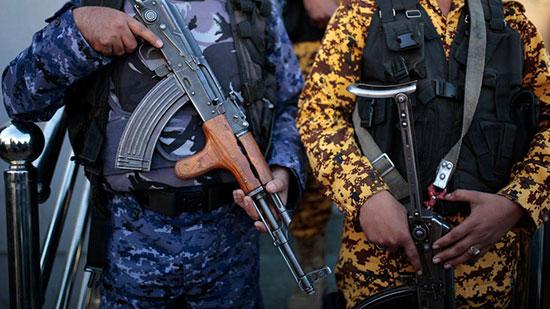 Information from French military intelligence, published by investigative media outlet Disclose, concludes UAE and Saudi Arabia deployed French weaponry from artillery to ships in their war against the Houthis.

French weapons are being used by the United Arab Emirates and Saudi Arabia in Yemen, according to a classified military note revealed on Monday, which contradicts public statements from France’s government.

The note from the French military intelligence service, published by investigative media outlet Disclose, concluded that the UAE and Saudi Arabia had deployed French weaponry from artillery to ships in their war against Houthi rebels.

Under pressure for years by rights groups over the sales, the Paris government has always insisted that the arms are only used in defensive circumstances to deter attacks by the Houthis.

France, the third-biggest arms exporter in the world, counts Saudi Arabia and the UAE as loyal clients in the Middle East and has resisted pressure to stop the arms trade – unlike Germany, which has suspended sales.

Rights groups have regularly accused Paris of being complicit in alleged war crimes committed in Yemen, where around 10,000 have died and millions have been forced to the brink of starvation.

“The government can no longer deny the risk of complicity in war crimes,” the head of Human Rights Watch in France, Benedicte Jeannerod, wrote on Twitter in response to the revelations on Monday.

The UAE and Saudi Arabia, which own billions of dollars’ worth of weapons bought from the United States, France and Britain, intervened in 2015 to support the Yemeni government against Houthi rebels, which are backed by rival Iran.

The UN calls the situation in the war-torn country the world’s worst humanitarian crisis. Experts have concluded that all the warring parties have violated international humanitarian law.

The classified French intelligence note – provided to the government in October 2018, according to Disclose – said that 48 CAESAR artillery guns manufactured by the Nexter group were being used along the Saudi-Yemen border.

Leclerc tanks, sold in the 1990s to the UAE, have also been used, as have Mirage 2000-9 fighter jets, while French missile-guiding technology called DAMOCLES might have been deployed, according to the assessment.

Cougar transport helicopters and the A330 MRTT refuelling plane have also seen action, and two French ships are serving in the blockade of Yemeni ports which has led to food and medical shortages, the DRM military intelligence agency concluded.

She said during an interview on the France Inter radio station in January this year: “I’m not aware that any [French] arms are being used in this conflict.”

Asked for comment on Monday, the French government said that “to our knowledge, the French weapons owned by members of the coalition are for the most part in defensive positions, outside of Yemen or in military bases, not on the frontline.”