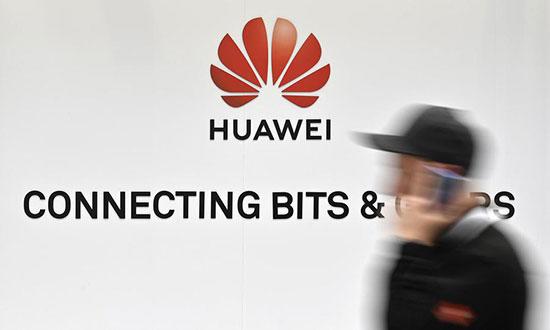 Chinese tech giant Huawei has received the strongest signal yet that it can take part in Germany’s super-fast 5G rollout.

Jochen Homann, the president of the country’s telecom regulator, the Bundesnetzagentur, made that clear when he told the Financial Times that no equipment manufacturer, including Huawei, “should be specifically excluded.”

He said there was no evidence that the controversial telecom group posed a security risk.

“If Huawei meets all the requirements, it can take part in the 5G network roll-out,” Homann told the FT, adding that “security-related components may only be used if they have undergone IT security checks by an approved testing body and have been certified by the Federal Office for Information Security, the BSI.”

“The operators all work with Huawei technology in their systems, anyway,” he told the FT. “Plus, Huawei holds a large number of patents in this area.

“If Huawei were excluded from the market, this would delay the roll-out of the digital networks,” he added.

The Shenzhen company has come under mounting pressure over the past six months amid concerns that its technology will act as a backdoor for cyber spying by Beijing. Huawei has constantly denied those claims.

But that has not stopped the United States from banning Huawei from selling 5G equipment to American companies. Australia, Japan, and New Zealand have followed suit.

In January, the US Justice Department announced sweeping charges against Huawei, including bank fraud, obstruction of justice and technology theft.

Key accusations revolve around violations of US sanctions on Iran, an allegation which has been leveled against Chief Financial Officer Meng Wanzho, the daughter of founder

She was arrested in Vancouver on December 1 and could face extradition to the US. Meng and the company have categorically denied the charges.

“[The] charges expose Huawei’s brazen and persistent actions to exploit American companies and financial institutions, and to threaten the free and fair global marketplace,” Christopher Wray, the director of the Federal Bureau of Investigation, said at the end of January.

Yet for Beijing, the Huawei controversy is just part of a broader plan by Washington to contain China’s rise as a major technological power.

Indeed, the Ministry of Foreign Affairs came out with a robust response last month after accusing the US of using “state power to discredit and crack down on specific Chinese companies.”

“[This is] an attempt to strangle the enterprises’ legitimate and legal operations,” Geng Shuang, a spokesman for the ministry, said in a statement. “There are strong political motivations and political manipulations behind the actions.”

As for European Union nations, they have hedged their bets on Huawei.

The United Kingdom has acknowledged that there are security risks posed by the firm but London is still evaluating if they pose a serious threat.

“The security in Huawei is like nothing else – it’s very, very shoddy,” Ian Levy, the head of the UK government-run GCHQ security service, told the BBC’s Panorama program in April.

This, in turn, could lead to a partial ban on the group’s 5G equipment, he added.

But Germany, the largest EU economy, has taken a different stance.

When asked whether Huawei would be banned from taking part, he said: “No, we will not want to exclude any company.”