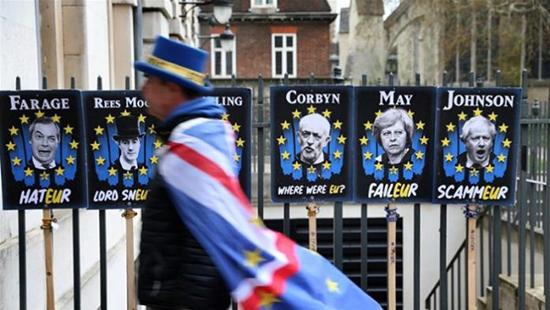 Already mired in recession, Turkey stands to lose access to its second-largest export market for years to come if Brexit goes wrong, with its autos, textiles and appliances facing the biggest risk, Reuters reported.

Britain and the EU agreed last week to delay Brexit until Oct. 31. But if Britain ultimately leaves without trade arrangements — a so-called “hard” or no-deal Brexit — most of Turkey’s $3.7 billion (£2.8 billion) trade surplus with the UK would be wiped out, according to a United Nations report.

Among non-EU countries, Turkey would feel the most pain, with $2.4 billion in lost exports a year, followed by South Korea and Pakistan, the report said.

Exports are considered vital to Turkey’s recovery from recession after last year’s lira crisis knocked some 30 percent off the value of the currency. If Britain leaves the bloc without a replacement trade deal, Turkey, covered by the EU’s customs union, would lose open access to the UK market.

Turkey and Britain would then need to impose customs duties that could only be reversed by a replacement deal, leaving a lasting mark on bilateral trade, which reached $18.6 billion last year.

“If we have a no-deal Brexit, Turkey and the UK can only seal their trade deal after the EU and the UK have done theirs. And that would take years,” Kati Piri, the European Parliament’s point person for ties with Turkey, told Reuters.

The EU and British legislators have toiled to avoid the most-damaging, abrupt split. But the latest postponement of Brexit essentially means all options — including the hard exit — are still open.