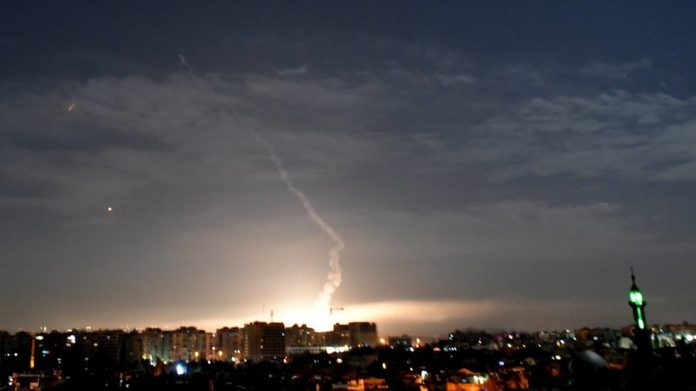 An Israeli intelligence firm says it has evidence a recent airstrike in Syria destroyed an Iranian missile site – but isn’t quite sure if it really was a missile site, or whether it was actually operated by Iran.

ISI’s assessment was derived from a series of satellite images which it says depict the aftermath of the Israeli strike.

“It is unclear which entity controls and owns the base,” said ISI, adding that “If the bombed site was indeed a missile factory, it could allow for the production and assembly of different SSM elements or for improving the accuracy of missiles.”

As is typically the case for Israeli operations in Syria, Israeli officials will not confirm whether IDF carried out the strike. Prime Minister Benjamin Netanyahu on Sunday hinted his country was behind it, however.

“We are not prepared to allow someone to entrench themselves in a way that endangers Israel,” Netanyahu said at an event in Jerusalem, likely referring to Iran’s presence in Syria. “Strength is the guarantee of our existence and is the crucial and basic condition for achieving peace with our neighbors.”

Damascus also blamed the bombing on Israel and said Syrian air defenses partially intercepted the attack. The strike against the facility in the Hama Governorate wounded three soldiers, according to Syrian media.

Israel has carried out scores of strikes on Syrian territory throughout the eight-year conflict in that country, claiming they are intended to deter Iran’s presence, as well as that of militia groups like Hezbollah, who both fight alongside the Syrian government.