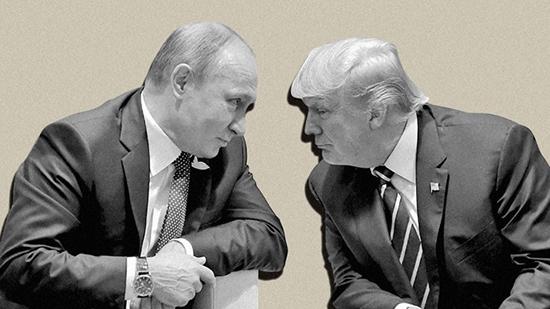 Why does the White House cede control of the narrative to the Russians?

In December 2017, Russian President Vladimir Putin spoke with President Donald Trump at least twice by phone, ostensibly about economic and counterintelligence issues. Americans first learned about both calls from the Kremlin. When then–CIA Director Mike Pompeo met with Russian intelligence officials subjected to sanctions in January 2018 at Langley, Americans learned about it first from the Russian Embassy—via Twitter.

A couple of months later, when Trump congratulated Putin on an election victory widely deemed a sham, the Kremlin disclosed the conversation first. And in July and November 2018, in Finland and then Argentina, Trump and Putin reportedly met with no U.S. aides or interpreters present. A leaked Russian document said they discussed arms control at the private meeting in Finland, forcing the White House to respond. “There were no commitments to undertake any action,” a spokesman said at the time.

Special Counsel Robert Mueller concluded that a criminal conspiracy between Trump’s campaign and Russia did not occur in 2016, according to a memo written by Attorney General William Barr late last month. But fundamental questions remain: Why do so many of Trump’s positions bewilderingly align with Putin’s, including chastising U.S. spies, dismissing NATO as “obsolete,” and questioning the value of the European Union? What explains Trump’s affinity for Putin, and the extensive secrecy that has shrouded their interactions since 2017? Why has the White House made it so easy for the Kremlin to shape the narrative around Trump and Putin’s encounters, often to Moscow’s advantage?

Mueller’s final report will detail Russia’s attempts to influence the 2016 election and might provide some answers. But the curiosity over the two leaders’ relationship stems largely from Democratic allegations that Trump, who has reportedly gone to extraordinary lengths to conceal his private conversations with Putin, may be compromised—claims that have been exacerbated by the Kremlin’s consistent ability to characterize the narrative of their interactions.