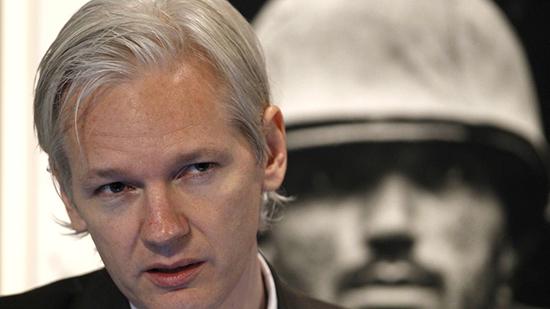 US prosecutors have unsealed an affidavit against Julian Assange that outlines their case against the WikiLeaks co-founder on a single count of “conspiracy to commit computer intrusion” that may or may not have succeeded.

As FBI special agent Megan Brown admits in the affidavit, “it remains unknown whether Manning and Assange were successful in cracking the password” to the Department of Defense computer they allegedly conspired to hack, meaning the sole charge against Assange remains his alleged attempt to assist Chelsea (then Bradley) Manning in accessing the documents that were eventually leaked in 2010.

The “probable cause” for Assange’s extradition to the US is described as hundreds of messages sent between Manning and Assange on the Jabber platform. The two “conspirators” should have known that releasing the documents “would cause injury to the United States,” Brown declares, since it contained information about US allies in Afghanistan who were assisting coalition forces.

The affidavit dramatically refers to “one of the largest compromises of classified information in the history of the United States,” but fails to even ascertain whether the “illegal agreement that Assange and Manning reached” was what ultimately unleashed the trove of documents. Brown can only speculate as to how the computer was eventually breached.

In an effort to present the leaks in as damaging a light as possible, Brown reproduces one almost cartoonish exchange, claiming “after the release of the Afghanistan War Reports, a member of the Taliban contacted the New York Times” and stated: “We are studying the report… If they are US spies, then we will know how to punish them.” Osama bin Laden is also said to be a WikiLeaks fan, with letters found during the raid on his Abbottabad compound instructing an al-Qaeda member to “gather” the material leaked by Manning.

Having been assigned to the case in 2017 – less than a year before filing the affidavit – Brown admits her understanding of the seven-year-old “criminal conspiracy” is based on “testimony of a forensic examiner in Manning’s court martial, my conversations with FBI forensic examiners, and research on the internet.” The internet was quick to pick apart her timing – and the rest of the document.

Assange was arrested by UK police last week on a bail-jumping charge after Ecuador revoked his asylum and evicted him from its London embassy, where he had lived for over seven years. He faces extradition to the US and a maximum five years in prison – assuming US authorities don’t pile on further charges once they have him in their clutches.