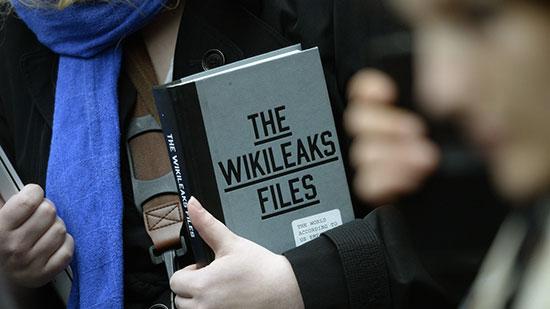 Despite facing constant skepticism from mainstream media and government officials, whistleblower website WikiLeaks has managed to maintain a record of 100 percent accuracy over its 12-year history — and has never lost a lawsuit.

With much of the media now focusing on trivialities, like whether its recently arrested founder Julian Assange spent enough time washing dishes during his nearly seven-year exile at the Ecuadorian Embassy in London, here’s a look back at some of WikiLeaks’ most famous document dumps.

To this day, WikiLeaks’ publishing of the Iraq War footage showing a US Apache helicopter shooting dead 12 people, including two Reuters staff, is one of its most significant and talked-about exposures.

Released as part of the biggest leak in US military history, containing hundreds of thousands of Iraq and Afghanistan war documents, the footage was provided to Assange by former US Army Soldier Chelsea Manning. Manning served seven years of a 35-year sentence for providing WikiLeaks with the classified information, before having her sentence commuted by Barack Obama in 2017.

Assange is now facing charges of engaging in a “conspiracy” to help Manning hack government computers in 2010 — specifically, “conspiracy to commit computer intrusion for agreeing to break a password to a classified U.S. government computer” — while Manning is back in prison for refusing to testify in a case related to WikiLeaks.

WikiLeaks caused serious embarrassment to the US government with another of its most-remembered document dumps in 2010, dropping more than 250,000 US State Department cables from embassies around the world.

Among other things, the cables revealed that the US was spying on then-UN Secretary General Ban Ki-moon and other top UN Security Council representatives.

Diplomatic cables described German Chancellor Angela Merkel as “rarely creative,” while then-French President Nicolas Sarkozy was described as “susceptible and authoritarian.” President Barack Obama was advised that Sarkozy’s support for the war in Afghanistan could be secured using “flattery.” Canadians were said to have a “chip on their shoulder” because they are “condemned to always play Robin to the US Batman.”

The UK Conservative Party was also embarrassed by the cable leaks, in which they were seen promising to run a “pro-American regime” and buy more weapons from the US if they were in power.

Just one week before Hillary Clinton became the Democratic Party’s nominee for president in 2016, WikiLeaks released thousands of emails proving top party figures had collaborated to ensure that Senator Bernie Sanders did not win the nomination. The leaks forced DNC chair Debbie Wasserman-Schultz to resign.

Emails showed DNC staffers discussing how Sanders could be undermined, even by using his Jewish faith. The Clinton camp tried to distract from the leaks, concocting a conspiracy about a WikiLeaks-Russia collaboration to destroy her campaign.

The CIA’s “global covert hacking program”was revealed in the 2017 ‘Vault 7’ leaks, which show the extent of the US spy agency’s ability to hack smartphones, smart TVs, and social media messaging apps like WhatsApp.

The documents showed that phone cameras and microphones can be remotely activated at will — and that the CIA collaborated with British intelligence agencies on these projects. WikiLeaks revealed the ‘Weeping Angel’ surveillance technique, which put smart TVs into “fake off” mode while actually using them as microphones to monitor targets.

The ‘Vault 7’ leaks also exposed the ‘Umbrage’ program with which the CIA can conduct a hacking operation but make it appear to be the act of a foreign nation.

With the recent US coup attempt in Venezuela, WikiLeaks highlighted what it called the US “coup manual” detailing Washington’s methods of “unconventional warfare” against adversaries. The document had been released by WikiLeaks in 2008 but found new relevance as US economic pressure on Venezuela mounted in recent months.

In the manual, the US government admits to “a long history of conducting economic warfare” and using “financial weapons” against governments that do not bend to its will. The “participation” of international financial organizations like the World Bank and International Monetary Fund (IMF) offers the US “diplomatic-financial venues to accomplish” these goals.

A 238-page US Army manual released by WikiLeaks in 2007 revealed the “standard operating procedures” for the Guantanamo Bay prison camp, where the US holds and tortures detainees, often without charge, for years on end.

The document revealed there were boys 15 years old and younger at the camp, that dogs were used to intimidate prisoners, and that some inmates were classified as being off-limits to Red Cross visitors. It also revealed that incoming prisoners were held in isolation for two weeks in order to foster dependence on guards and interrogators and to “enhance and exploit” the disorientation they felt.

With the arrest of WikiLeaks founder Julian Assange last week, many have speculated on so-called “insurance” files, which some expected to be leaked immediately in the event of Assange’s detainment or death. So far, however, there have been no major new leaks.