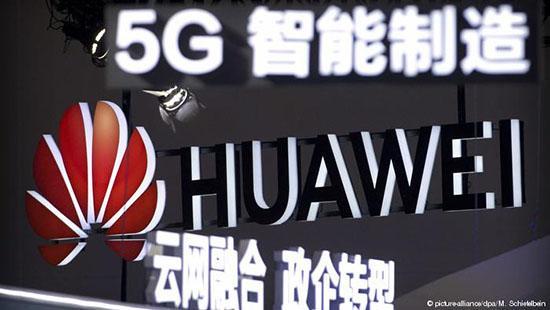 Washington’s animosity towards Chinese tech giant Huawei is based on deep-rooted prejudice, while its crusade against the company is motivated by greed rather than security concerns, the firm’s chief security officer said.

The persistent scaremongering campaign by the US targeting the Chinese company, which is one of the pioneers in 5G technology development, appears to have got under the skin of one of its top executives, who hit back in an explosive rant.

“[America] can’t keep saying [Huawei] has got some dodgy technology,” he said, speaking at a conference in the Chinese city of Shenzen. The Huawei executive then went on to say that it is US technologies that pose a security threat to the world, as has been revealed by the whistleblower Edward Snowden, who brought to light the mass surveillance carried out by the US National Security Agency.

“No one has revealed anything that we [Huawei] do [is bad],” he added. Notably, the documents leaked by Snowden back in 2014 particularly revealed that it was the NSA that spied on the Chinese leaders as well as Huawei, and not vice versa.

Suffolk also alleged that the US launched this whole campaign against Huawei not because it fears for its sensitive information, which it claims could allegedly be stolen by some notorious Chinese cyber-spies directly through the products offered by Huawei, but because America itself wants to monopolize the market of new technologies and get rid of its competition.

What is the real fear? Is it because it’s China or because the technology is better?

He also dismissed security concerns voiced by the US, calling them absurd and adding that such statements only “belittle” the real security problems.

“I’m waiting for [the US State Secretary] Mike [Pompeo] to come back and say we’ve banned the trouser belt from being made in China because it’s a national security risk and armies can’t fight with trousers round their ankles.”

Suffolk also said that US officials are apparently just too stubborn in their prejudices against Beijing to ever treat Huawei fairly; he admitted he did not believe the company would ever be able to convince Washington that it does not pose a security threat.

Meanwhile, another Huawei top executive, Peter Zhou, who is in charge of rolling out 5G, said that US politicians were just “ignorant of technology” and could not understand how it really works. He admitted he had often to “explain it to them like I do to my kids”.

Anyway, the US was up in arms against Huawei for quite some time. Over recent months, Washington banned federal agencies from using Huawei products, prompting the company to file a lawsuit over what it called unfair competition; Washington also has spared no effort in attempts to prevent its allies from even thinking about cooperation with the Chinese tech giant.

The US has even threatened to stop sharing intel with countries which allow Huawei to build 5G infrastructure. However, so far it has failed to provide a single piece of evidence suggesting that the Huawei technologies might indeed be used for spying.

While some nations, such as New Zealand and Australia, took the US warnings at face value and banned Huawei from taking part in its national 5G network development, others were much more reluctant to follow the US lead.

In March, the European Commission ignored US calls to ban Huawei, but urged member states to continue assessing any cybersecurity threats. Several European nations indeed made their own assessment of the potential threat posed by the company’s products and came to the conclusion that there was nothing to fear.

Belgium was the latest to say it found no proof of any “spying threat” posed by Huawei tech. Earlier, similar statements were made by Germany’s cyber security watchdog.