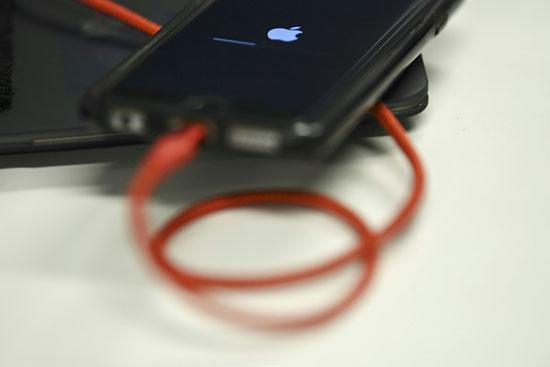 AFP -Apple and American microchip manufacturer Qualcomm said Tuesday they have agreed to “dismiss all litigation” against each other worldwide in what had been a sprawling battle over royalty payments.

The last-minute settlement cut short a courtroom clash between the tech giants just as it was getting underway in California.

For two years, the companies had fought a multi-front brawl that could have required Qualcomm to pay billions.

The deal includes a six-year license agreement with the option to extend for two years, and a payment to Qualcomm from Apple, the companies said.

At the heart of the battle were the royalties Qualcomm charges for its patented chips, which enable smartphones to connect to mobile networks.

Apple accused Qualcomm, which holds the most patents for chips, of taking advantage of its dominant position to charge exorbitant amounts for its chips or access to its patents.

Qualcomm denied the allegations and accused Apple of abusing its position and of taking legal action to negotiate prices down.

“I believe both Apple and Qualcomm got deeper into this than they wanted to,” analyst Patrick Moorhead of Moor Insights & Strategy said in a statement.

“This settlement should be good for the wireless industry as companies should feel free to invest in research, get paid a fair price for those inventions, and consumers take advantage of those innovations at a very rapid pace.”

Several hours after the deal was announced, Intel said it was withdrawing from the 5G smartphone modem business, without indicating whether its decision was a cause or consequence of the agreement its rival signed with Apple.

The stakes had been especially high for Qualcomm, given that it earns a significant chunk of its revenue from royalties paid by manufacturers for its patented technology.

Apple had argued that Qualcomm’s royalty demands meant it was effectively insisting on payment for innovations by Apple — such as touch ID or Apple Pay — that Qualcomm “had nothing to do with.”

Apple said it had been overcharged by billions as a result and, following its initial US lawsuit, the iPhone maker filed two more suits in China on the same basis. Qualcomm counter-sued.

Also in early 2017, the US Federal Trade Commission sued Qualcomm for alleged antitrust law violations in the sale of certain components and licenses to smartphone makers, including Apple.

In April 2017, it was forced to pay $815 million to Canada’s Blackberry in a royalties dispute.

And since 2015, through both convictions and settlements, it has paid high antitrust fines in China, South Korea, Taiwan and the European Union.

This has led to contradictory legal rulings. In March, a US court ruled in Apple’s favor, a few hours after a judge of the same court ordered a partial ban of iPhone imports.

Meanwhile, by the end of 2018, Qualcomm had secured a ban on the sale of certain iPhones in China and Germany — again for patent violations.